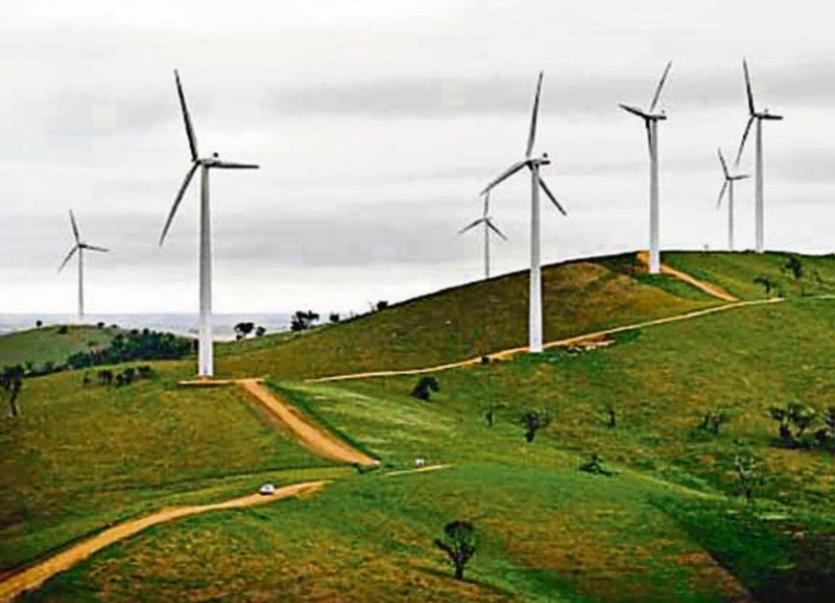 A motion to ban “gross wind farm development on our mountain tops” and to place an amendment in the Leitrim County Development Plan was passed at this month's Leitrim County Council meeting.

But the ban is “not legally permitted” and so according to Director of Services Joseph Gilhooly is a “waste of time.”

No to giant windfarms in Leitrim

Cllr Des Guckian who brought the motion said “the place for wind farms is at sea.”
He said “no hill top is safe in Leitrim” and outlined there are currently 11 wind farms with 60 turbines erected in Leitrim, there are 34 on the Roscommon/ Leitrim border, 10 on the Sligo / Leitrim border and 48 developments currently seeking planning permission.
He noted that the new wind turbines are of a “monstrous scale” of 150-185m. He suggested that “more bogslides will follow.”
He commented this was a “rape of Leitrim” and we must fight them off.

He was supported in full by Cllr Justin Warnock who said “First it was fracking and forestry and now it is wind farms.”
Cllr Enda McGloin who is chairperson of Leitrim Tourism Network said he agreed the wind turbines affect tourism but “we must be realistic, the motion is fruitless.”

Sinn Féin councillors Brendan Barry and Padraig Fallon said the motion was too vague and needed to be more specific in relation to the distance wind farms should be from houses.
Cllr Barry said “windfarms have a place in our future.”

However Cllr Warnock disagreed with them both and said “our mountains are not suitable for them.”
Cllr Sean McDermott noted that the guidelines on wind farms have not been updated and a lot of bog must be displaced to erect them.

From Creevelea Abbey to Park’s Castle, public asked to Protect Our Past

Rise in damage to heritage sites

Leitrim County Council provided a lengthy response about why the ban is “contrary to national guidelines” and is “not legally possible.”
Senior Planner Bernard Greene also said the amendment was not possible. He did, however, outline the Council is working on a traffic light system of green, amber and red for planning developments in the next County Development Plan which would take into account environmental and other factors as well as the scenic value of Leitrim sites.
He said there will be a delay of six months on the new County Development Plan.
Croagh Windfarm development outside Dromahair which was granted planning permission for giant turbines was mentioned, but the Council said they could not comment on it as it is under appeal.
Director of Services Joseph Gilhooly said the Council must work within the guidelines or be sanctioned by the minister.
Cllr Des Guckian concluded “Bernard Greene told us we have no power. Wind farms will go down in infamy.” It was decided to table further discussion until the draft County Development Plan is before the members in the next few months.

Mr Gilhooly wanted it to be noted that there was no evidence found of a connection between wind farms and the landslide at Shas Mountain this year.