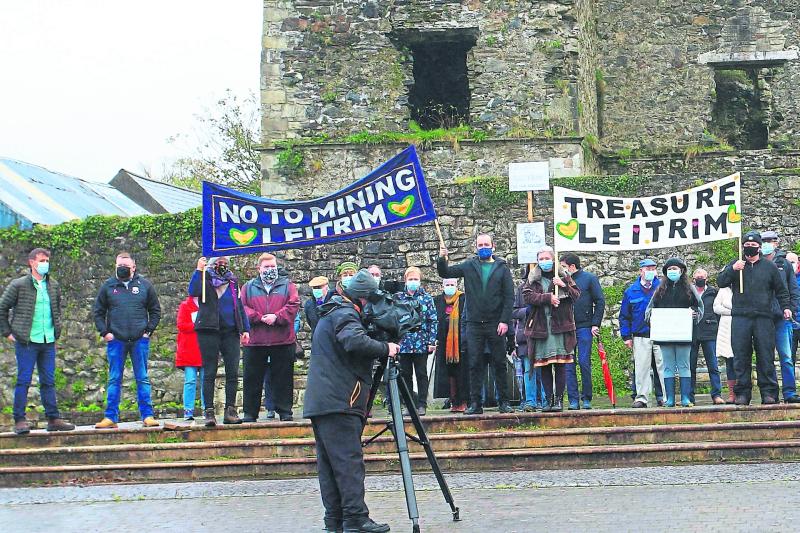 Some of those who attended a rally organised by Treasure Leitrim in opposition to the granting of the licencespicture: James Molloy

Treasure Leitrim, an action group who have opposed the granting of prospecting licences in North Leitrim has expressed its shock at the decision of Green Party government Minister, Eamon Ryan, to issue licenses despite massive local opposition.

Minister Ryan has granted the licences to mining company Flintridge Resources for 47 townlands in County Leitrim.

The news was received earlier today by members of the public who had lodged objections to the Minister's plans to grant the licences.

Treasure Leitrim member and one of the group's spokespersons, Jamie Murphy, said “we are shocked by the decision of Eamon Ryan to issue prospecting licenses to this carbon heavy, energy intensive extractive industry. Thousands of people had lodged objections while there was unanimous opposition to the licenses among local authority councillors. There was also general widespread community opposition to the prospecting licenses. Minister Ryan himself in 2018 was happy to pose for photos stating his opposition to gold mining yet today he has knowingly inflicted upon the same community that for years fought fracking the likelihood of another long-term battle to protect our area. These kinds of industries have no part to play in the kind of sustainable future we want to create for this and future generations."

Treasure Leitrim will be meeting tonight (Tuesday) to discuss how best to oppose this decision.