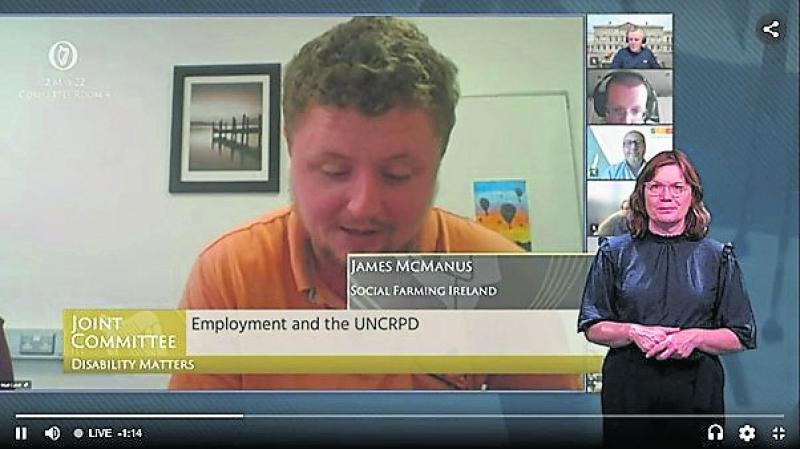 The Oireachtas Joint Committee on Disability Matters convened in Leinster House to discuss matters regarding the United Nations Convention on the Rights of People with Disabilities on May 12.

And in a major achievement for Glenfarne man, James McManus, he was also one of three involved in the Social Farming programme to address the committee on his experiences.

The Committee considers all disability matters including monitoring the implementation (by Ireland) of the United Nations Convention on the Rights of People with Disabilities, which Ireland has yet to formally ratify.
The committee hearing was attended by Brian Smyth and Helen Doherty from Social Farming Ireland based in Leitrim Development Company (who run the programme across the country), and Glenfarne man James McManus who was invited to provide a statement to the committee. In his statement, James outlined his experience of the Social Farming programme and how it had been a great benefit to him. 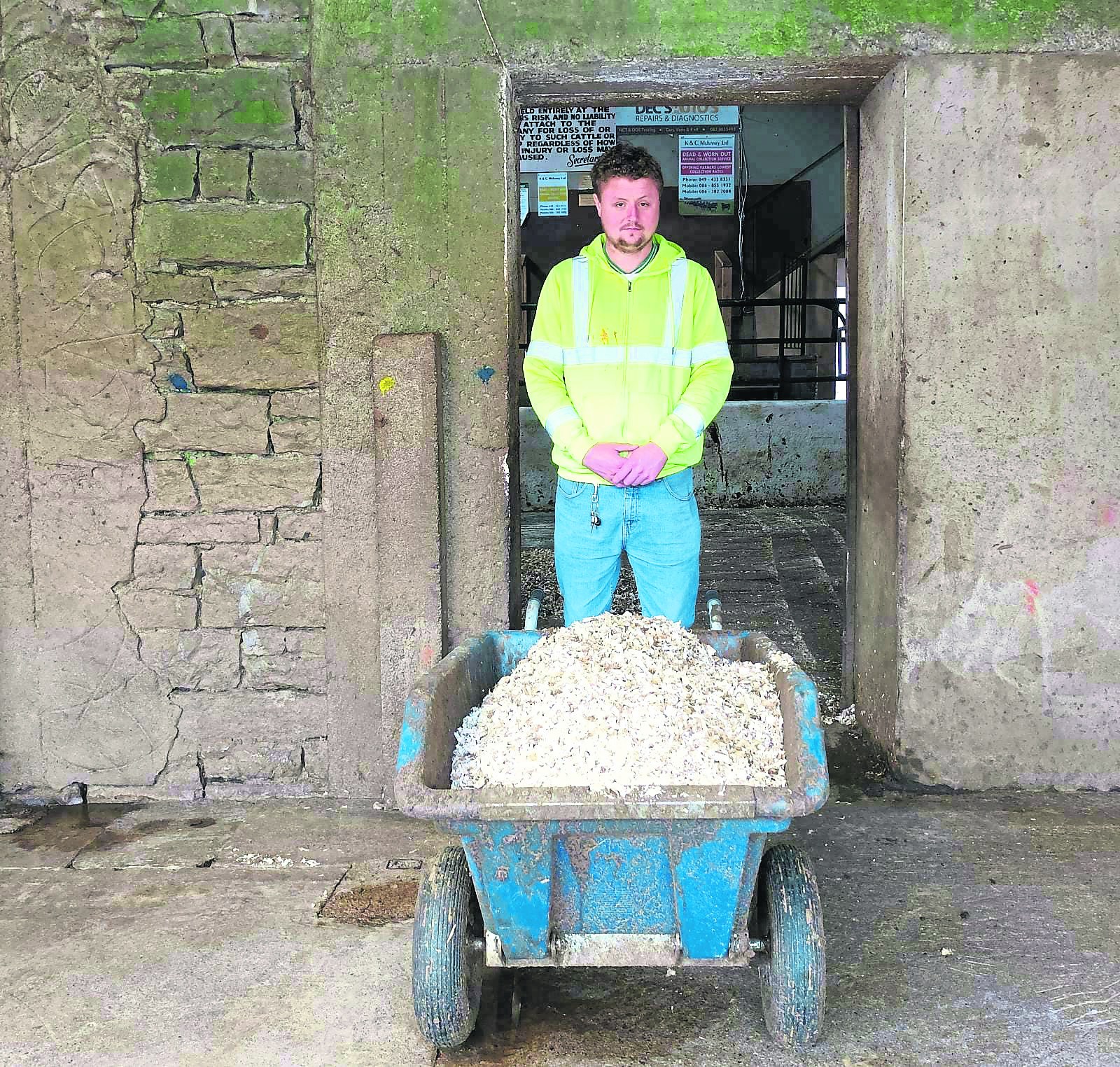 During his time on the social farming placements, James had identified a desire to get a job on a farm and through a number of placements supported by his social worker Niall Cahill, his skills and confidence grew and his personal capacity and independence also grew.

Leitrim Development Company were in a position to support him further and at the start of 2022 James joined a new Individual Placement Support (IPS) programme for people with disabilities. Through the IPS programme he began his job search which resulted in him securing employment at Manorhamilton Livestock Mart under the guidance of Sean Glackin and Ivan Moffitt.

The social farming placement helped James to this point in his life, supporting independent living skills and building his confidence and self-esteem. James loves his new role in the mart and is very proud of his achievements to date.
Also testifying to the Committee, Helen Doherty, National Social Farming Co-ordinator explained Social Farming is a simple but powerful concept – giving people who have challenges in their life an opportunity to spend time engaging in activities on ordinary Irish family farms. The support is based on the relationship that develops between people and farmers, their families and wider communities.

There are now 120 farmers who are trained and meet rigorous standards for practice and are supported by our regional development officers based in four hubs covering all areas of Ireland. All this has been made possible through the support of the Department of Agriculture since 2016.