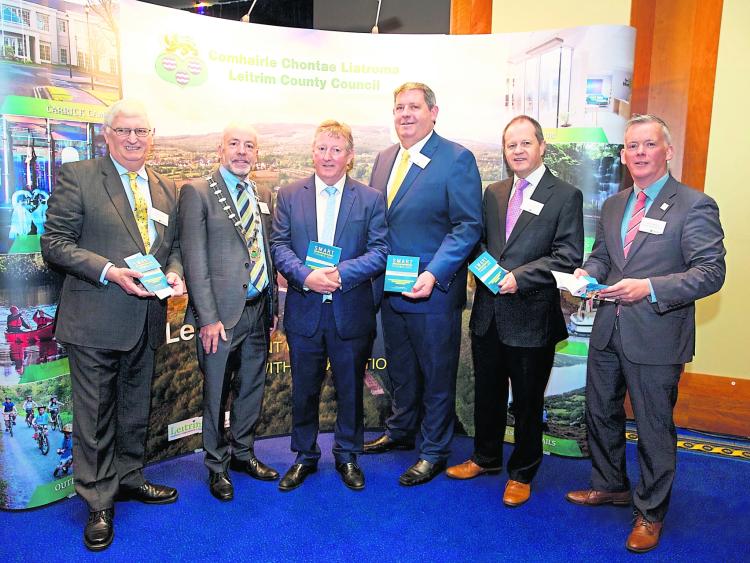 Leitrim County Council along with a team of Mohill businesses and community representatives hosted a national conference “SMART Towns and Villages an Opportunity to Revitalise Rural Ireland” in Lough Rynn Castle, Mohill on Monday, October 22nd.

The conference welcomed over 150 delegates from local authorities all over Ireland as well as regional agencies and community groups, to engage with speakers on this relatively emerging concept.

The conference followed the adoption in early 2018 by the Committee of the Regions of their recent paper on Revitalisation of Rural areas through Smart Towns/Villages into which Leitrim County Council had input and an ongoing process in Leitrim of Town regeneration.

Leitrim County Council hosted the conference to highlight the issues, opportunities and progress achieved in developing this concept.

Towns and Villages in rural Ireland and further afield have been in decline over the last number of years, but with a renewed focus from government on putting people first and enhancing towns and villages, the concept of Smart Towns and Villages has developed taking account of targeted actions to support the revival of rural areas as sustainable places in which to live and work.

Leitrim County Council were delighted to welcome representatives from the EU commission as well as Minister Canney and several other expert speakers on the day.

Lar Power, CE of Leitrim County Council commented, “We are delighted to host this event which we envisage will add to the conversation on this topic of Smart Towns and Villages, in addition it gives us the opportunity to showcase some of the innovative place-making initiatives we are involved in at Leitrim County Council including The Hive, Slow Adventure Tourism and Smart Green Mohill.”

Leitrim County Council will continue to work hard to revitalise its towns and villages over the coming years and welcomes continued collaboration with the wider business and community networks.

Gallery | Seán Ó Súilleabháin launches his book “​Under the Thatch: Memories of a Longford Childhood​”