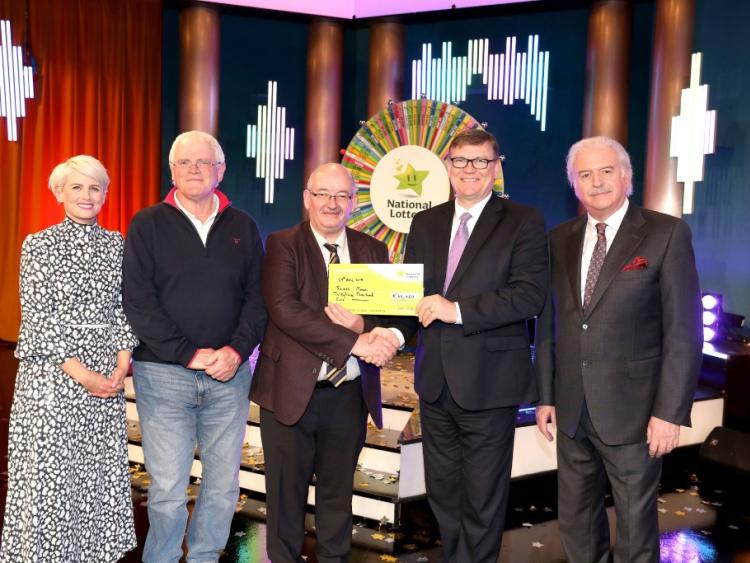 A driving instructor from Co. Leitrim won himself an electric car and cash, totaling €33,000 when he appeared on the National Lottery Winning Streak TV game show on RTÉ One last Saturday, April 27.

James Moran from Cloone in Co. Leitrim just finished a day’s work two Saturday’s ago when he got a call from his sister telling him he was going to be on Winning Streak. James went to turn on the television but another call came through, congratulating him, and another and another. He said his phone never stopped for at least an hour and a half after.

On the RTE programme he got off to a flier, winning a car, of all things, in the very first game. He won a Renault Zoe electric car worth €25,000 and an additional €8,000 in cash from the show.

James is a driving instructor working in Hynes Quinn Driving School in Longford where he has worked for the past 19 years. He gives driving lessons to car learners and also teaches people how to drive larger vehicles like buses and trucks also. He also works as a coach driver for Whartons Travel on a Saturday.

In his spare time, James is a GAA fan and says he will watch any sport on television. He is also involved in the Cloone Agricultural Show as a PR officer which has been running for more than 30 years and will take place at the August Bank Holiday this year.

Winning Streak will take a week’s break due to the May Bank Holiday and will return to RTÉ One on Saturday 11th May where five more players from all over Ireland will get the chance to play for huge cash sums, holidays and cars.

Winning Streak scratch cards are available in the 5,900 National Lottery retailers all over the country, where as well as the chance to appear on the Winning Streak TV game show if you get three stars, players will also be in with a chance to win some great cash prizes up to €5,000, instantly.

The popular gameshow first appeared on our screens in September 1990 and since then more than 6,000 people have taken part, winning in excess of €170 million in prizes. Winning Streak is the second longest running game show in Europe.