Very icy conditions this morning - please slow down everyone! 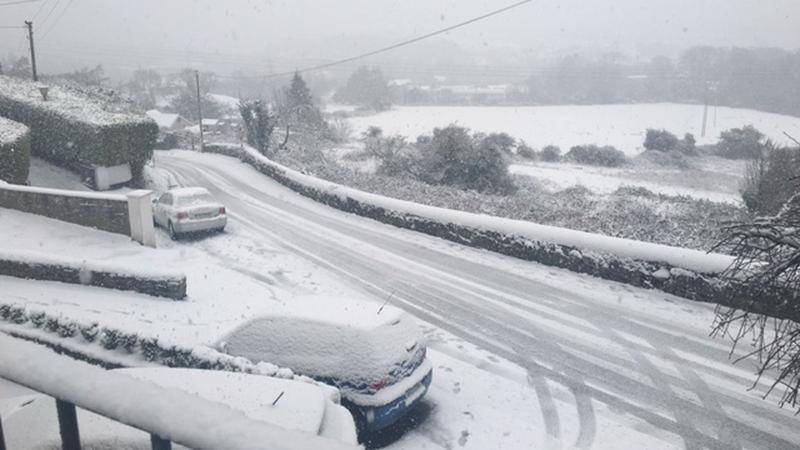 Motorists are being warned to slow down and allow extra time for journeys as ice and snow have left roads particularly hazardous across the region.

Heavy snow fall is continuing in many places this morning and snow and ice accumulations from last night have left roads very slippy.

Many roads in Roscommon are also affected by ice and slush and gardai have already responded to an accident near Strokestown this morning.

Gardai are asking motorists to slow down and to remember that 10 times the braking distance is required to stop your vehicle in snow and ice.

According to forecasters from Met Éireann, there will be scattered showers today across Leitrim, Roscommon, Cavan and Donegal. These will be heavy at times with a risk of thunder. Some of the showers will be wintry this morning with a mix of hail, sleet or snow, the snow mainly falling on high ground. A cold day, with highest temperatures of 4 to 6 degrees in mostly fresh and gusty, southwest to westerly winds, which will be strong at times in coastal areas.

Tonight will be cold with clear spells early in the night which will allow frost, fog and some icy patches to develop. Cloud will gradually build overnight and rain and drizzle will spread from the southwest later, turning to sleet in places. Lowest temperatures of -1 to +2 degrees in mostly light, south to southeast winds.