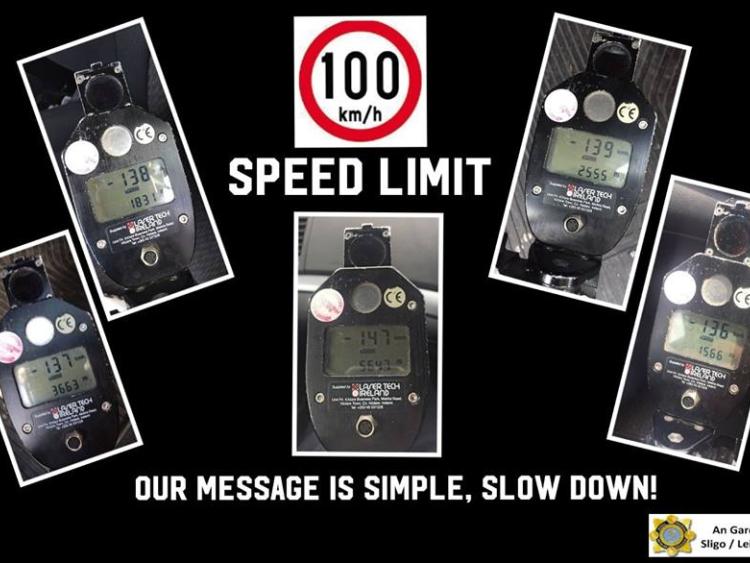 Some of the speeds recorded for motorists travelling in Leitrim over the past few days.

One motorist in Leitrim has been clocked driving at nearly 50km over the speed limit. The detection was made by Roads Policing members conducting regular speed checks on National Roads in the Leitrim District.

Other motorists are now facing fines for travelling at speeds of between 136 and 138km an hour in a 100km zone.

Speed kills and people are urged to slow down, especially during the upcoming busy August Bank Holiday Weekend.

In a post on their Facebook page: Leitrim gardai noted: "Surprise, more speeders! (Yes people haven't stopped!) Yes, here they are folks, some of the speeds detected by our Roads Policing members this week while out and about performing their regular speed checks. These particular checks were conducted on a variety of different National Roads (100km/h limit) in the Leitrim District.

"So a reminder:Our members are out there, speed guns at the ready! If you are not speeding, you need not worry about them appearing in your rear view mirror, lights flashing.   If you are speeding, enjoy the €80 fine and 3 penalty points!"