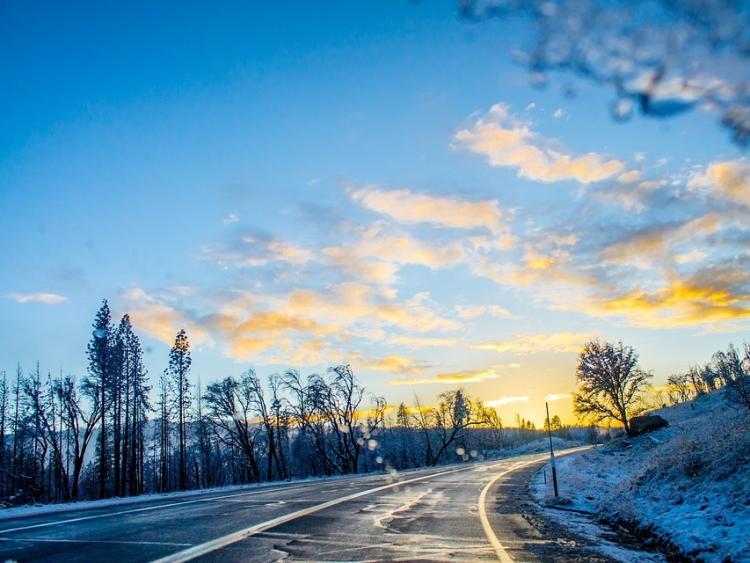 With an increase in the number of cars on routes across the country and a dip in temperatures expected over the coming weekend, AA Ireland is calling on motorists to take extra precautions when driving.

Ahead of the last Bank Holiday of the year, the AA is urging those planning journeys by car over the weekend to allow additional travel time as an increase in traffic on major routes is expected, beginning from Friday afternoon. The expected increase in traffic appears likely to coincide with a drop in temperatures, potentially leading to some frosty/icy conditions across the country, with the motoring organisation advising motorists to reduce their speed accordingly to match the weather conditions.

“As the Bank Holiday also coincides with the school mid-term, many families will be planning trips across the country or visits to family members over the coming weekend. This means an increase in motorists using routes they may be less familiar with, so it’s important that you allow extra travel time for any journey you’re making, reduce your speed where necessary and allow extra distance between yourself and the car in front of you – even if you know the route well,” Conor Faughnan, AA Director of Consumer Affairs stated.

“Met Eireann have also warned that temperatures could drop significantly over the weekend, resulting in a risk of frost, so we would urge all motorists to drive with extra care and to be on the lookout for vulnerable road users, such as cyclists or families out for a stroll.”

With temperatures expected to drop as low as -2 over the weekend, the AA is also encouraging motorists to check the condition of their car battery ahead of the cold spell. Where a car battery is older or has a history of problems starting in the morning, these issues can be worsened by the cold weather especially if the car is idle for a number of days.

“This is the first true cold spell we’ve had this year since Storm Emma back in April, so it’s important to ensure that your car is winter-ready. If you’re planning a cross-country journey then it’s no harm to check the condition of your tyres and give the car a quick once-over before you leave to keep you as safe as possible,” Faughnan added. “However, there’s also a message here for those planning on rarely using their car over the weekend. Every year when temperatures drop, our AA Rescue team sees a surge in battery related callouts.”

“The reason for this is that if your battery is older or has recently been problematic, the cold conditions combined with a period of the car being idle can leave the car unable to start when you get back into it to make the commute to work next Tuesday. If you are ditching your car for the weekend, it can still be worth occasionally starting it and leaving it run for a few minutes at some stage just to keep it in running order.”

Leitrim jobs roundup: Who's hiring in the county this week?