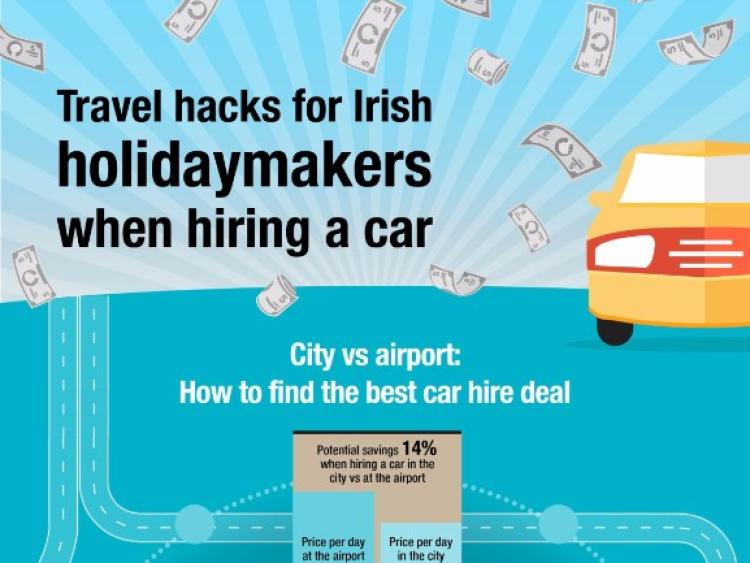 A common frustration for travellers when hiring a car is all the extra costs, which add up fast to significantly increase the total price after reserving a booking. To help Irish travel planners anticipate these costs, travel search engine KAYAK.ie has analysed its data to identify the most popular car hire destinations for Irish holidaymakers as well as the best times to hire a car in these destinations. It has also compared the prices of hiring a car in the city centre against those offered at the airport. Finally, the travel experts have examined how travellers can reduce extra costs, comparing the price of buying extra items outright versus renting them for 7 days in each of the top five car hire destinations. 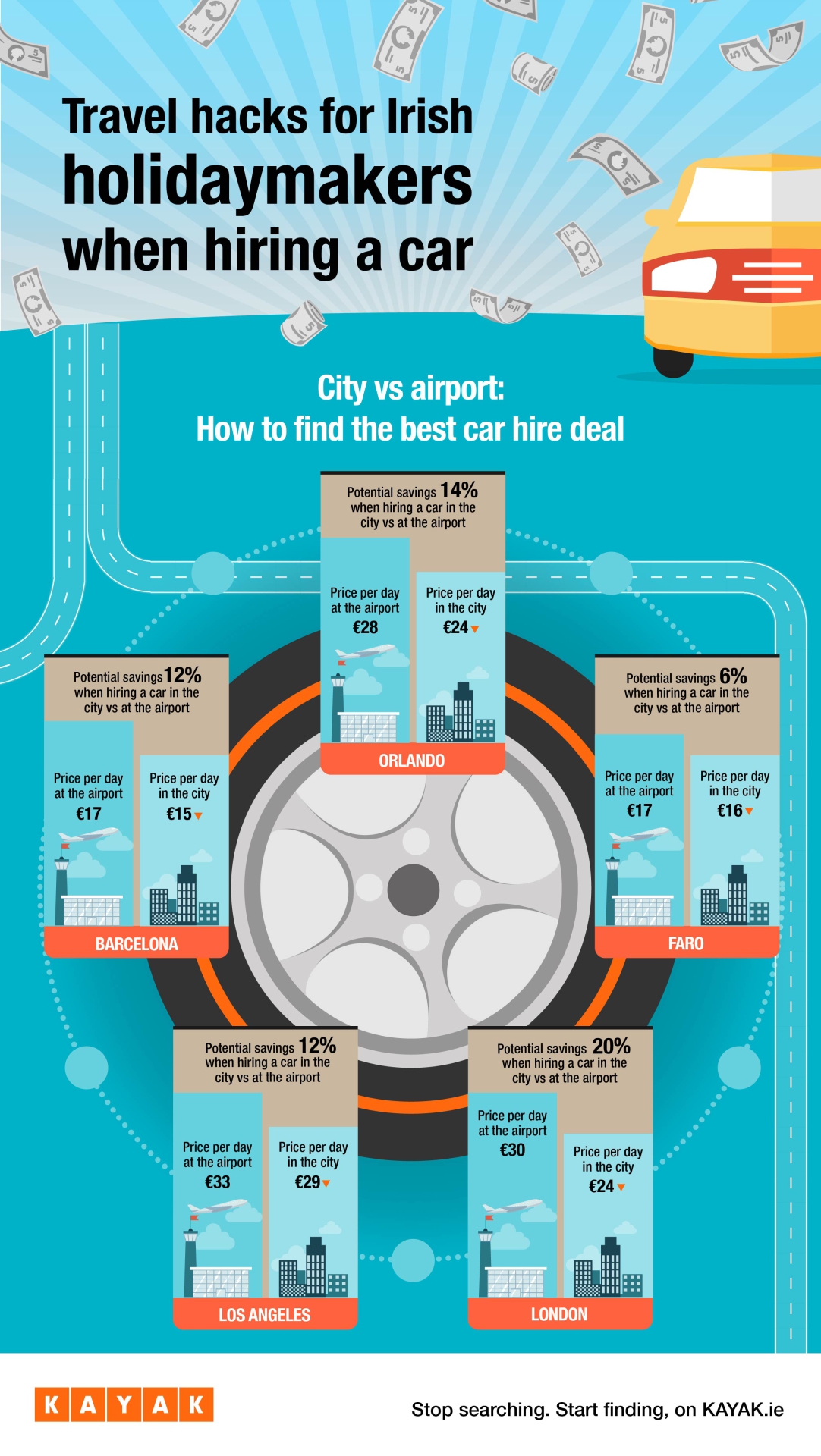 The analysis clearly shows that it’s often more cost-effective to hire a car in the city rather than at the airport, with all of the five top destinations offering cheaper car hire prices in the city. In four out of the five destinations, potential savings reach double-digits, with Faro, at 6%, the only exception. In London, travellers can save as much as 20% by booking a car in the city-centre rather than at the airport,

When comparing add-on costs for extras such as GPS and child safety seats, the most important factor is the destination. Looking at destinations in the United States, the low cost of GPS units can make it more worthwhile to buy one (€92 in both Orlando and L.A.), rather than pay for a 7-day rental (€105), which could save travellers up to 12%. In European destinations such as Faro, London and Barcelona on the other hand, it is a lot cheaper to rent a GPS (€84, €105, €105) rather than to buy one (€282, €190, €180).

For larger equipment like child safety seats, it might be worth looking at purchase options in certain cities, rather than adding one to a car hire. In Orlando, Los Angeles and Barcelona, an infant’s car seat can cost less to buy (€68, €68, €80) than to rent for 7 days (€84, €84, €80), with savings in Orlando and LA reaching as high as 19%. However, in London and Faro, it would cost less to add-on rather than buy. On the other hand, the higher cost of an older child’s car seat means it would cost more to buy than rent for seven days in all five of the top car-hire cities.

With so many different charges which can accumulate when booking a car hire, it’s important for travellers to keep track of all the possible ways they can avoid markups. Sometimes, simple changes in a search can make a big difference in the final cost of a booking.

John-Lee Saez, KAYAK Travel Expert, says: ‘Extra costs when travelling can add up fast, and hiring a car is no exception. It’s great to see the sorts of savings which can be secured simply by choosing a car hire in the city vs at the airport or buying an extra item rather than renting it. These kinds of travel hacks all add up to give travellers additional money to spend on their holiday. By using the search filters for cars on KAYAK.ie,  Irish holiday planners can narrow down their search to find the right offer and easily avoid extra costs’.