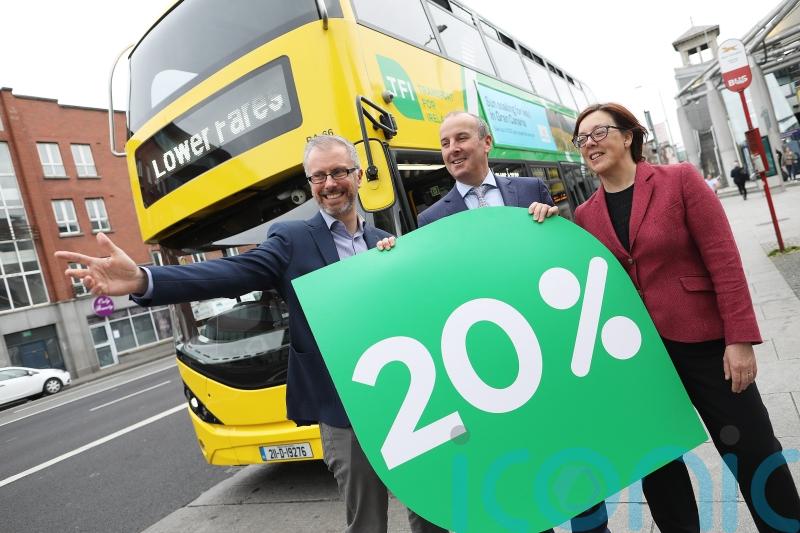 Public transport fares have been reduced by 20% until the end of the year, marking the first national fare reduction for Ireland’s public transport in 75 years.

It means that Transport For Ireland’s 90-minute fare introduced last year will fall from €2.30 to €2 for adults, and to 65 cent for children.

Iarnrod Eireann’s online fares were reduced last month, while prices on Bus Eireann and Local Link services were also reduced by 20% from the start of April.

On Friday, fares were reduced in the Greater Dublin area by 20%.

The Government has also implemented a 50% reduction in national fares for all adults aged 19 to 23.

The Green Party said in a statement that this would mean a young person taking the bus in any of the regional cities, travelling five days a week, “will save €3.50 a day, €17.50 a week and €540 to the end of the year”.

Young people in this age group will need a student or young adult Leap card to get the discount.

The plan to cut fares was announced by Minister for Transport Eamon Ryan in February and was among the measures included in the Government’s package to reduce the cost of living.

Ms Graham said: “In the first three weeks of the 20% discount being available on Bus Eireann services, passenger journeys have climbed by nearly 10% in the regional cities, with Galway and Limerick now ahead of pre-Covid levels.”