Cheaper to hire a helicopter than rent a vehicle 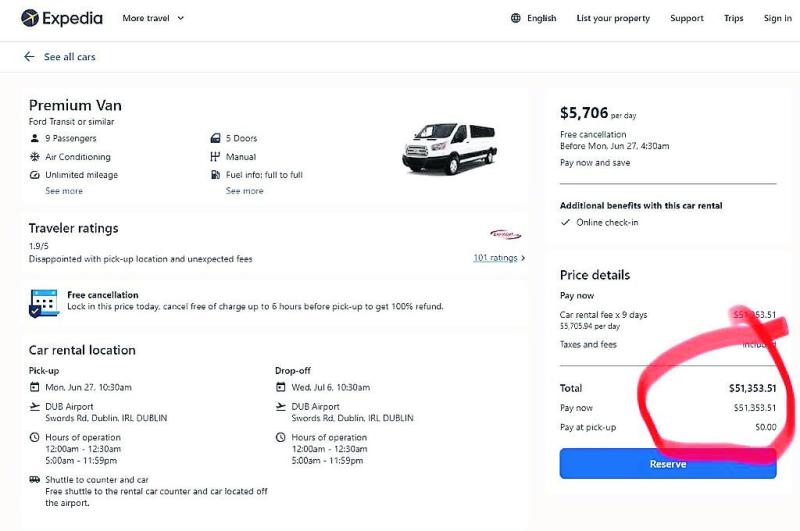 The quote given to John McCartin's brother-in-law

Former Leitrim councillor, John McCartin highlighted the astonishing prices being quoted for car rental in Ireland noting it would be cheaper to hire a helicopter instead.
In a twitter post last week, Mr McCartin said that his brother-in-law had been quoted $51,000 for just 9 days vehicle rental.
He posted a picture of the quote for a premium van capable of carrying 9 passengers (Ford Transit or similar).
The total price quoted was $51,353.51 when paid up front. This works out at an incredible $5,706 per day.
The dates booked were from June 27 through to July 6 with collection from Dublin Airport.

In his twitter post Mr McCartin noted: “Brother-in-law quoted over €51,000 for 9 days car rental for his family holiday to Ireland this summer.”
He then posted a picture of a quote for hiring a helicopter instead with the note: “Presuming he’ll do €150km per day, a helicopter would be a lot cheaper.