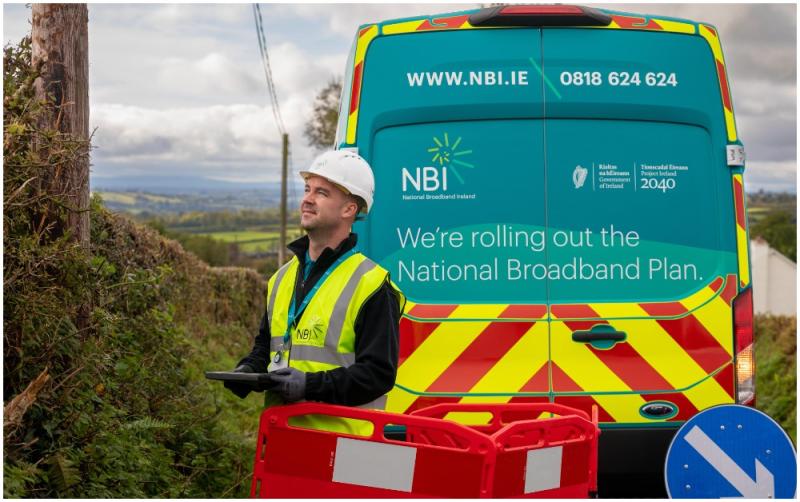 The National Broadband Plan rollout is six months behind schedule due to the disruption caused by Covid-19, an Oireachtas Committee on Transport and Communication has been told.

National Broadband Ireland outlined on Wednesday that despite this set back, they are confident that they will deliver the seven year plan on time - or earlier - and on budget.

The NBI is now two years into the seven-year plan. It said it now hopes to deliver the plan within a five-year period.

However, it said it will have a better idea of timeframes by the end of this year.

In his statement, Peter Hendrick, chief executive of NBI said just over 23,000 premises are currently able to place their order via their preferred retail service provider, out of a total of 540,000 connections it has been contracted to do.

Mr Hendrick said they expect 60,000 premises will be 'passed' by the network by the end of this year, down from an initial target of 115,000.

A report published in May 2021, by the Fibre to the Home Council Europe states that almost 56% of homes in Ireland have access to full fibre, compared with the EU27+UK average of 44%.

The same report cites Ireland as the fastest growing market (in volume and in per centage) in terms of Fibre to the Premise subscribers, he outined.

"The impact of Covid-19 has resulted in the need to introduce extensive mitigation strategies," he said, with changes to their original rollout targets.

"Obviously, the original volume projections were conceived pre-Covid, and could never have predicted or accounted for the operational environment created by the global pandemic," he said.

"We are acutely aware of how vital reliable, high-speed broadband has become to our lives.

"We believe that despite the extreme and turbulent conditions faced throughout the past 19 months due to Covid-19, the work of our team provides a platform and gives us confidence to deliver the project on time – or earlier - and on budget," Mr Hendrick said.