Clubs across Ireland will join in the initiative on Friday 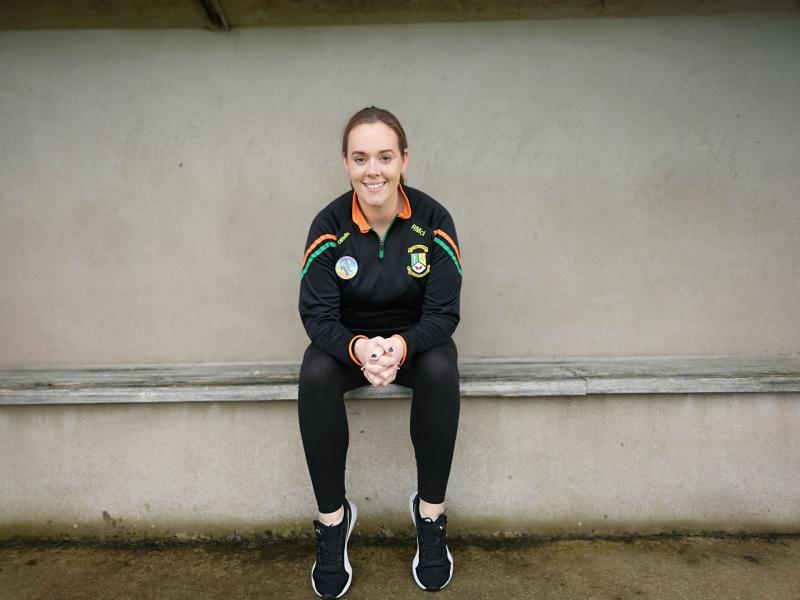 Rachel says throwing herself into restarting Drum's camogie team helped her to deal with the loss of her baby.

Rachel McIntyre and partner Aaron lost their baby in June 2016. Rachel speaks to Liam Tunney about how throwing herself into restarting Drum's camogie team helped her cope with her grief, and speaks about her campaign to light up Ireland's GAA clubs for Baby Loss Awareness Week.

In June 2016, Derry woman Rachel McIntyre was mulling over how to tell her friend that she wouldn't be having a drink at her hen party.

She had some news.

“I was pregnant. I told [people] early because I had my friend's hen party, and I knew they were just going to know because I wouldn't have been drinking or anything,” she recalled.

“I decided to tell early, and it was just two weeks later we lost the baby.

“We had gone for our first scan and found out then there was no heartbeat. There was nothing before that; I was still feeling nauseous and everything.” 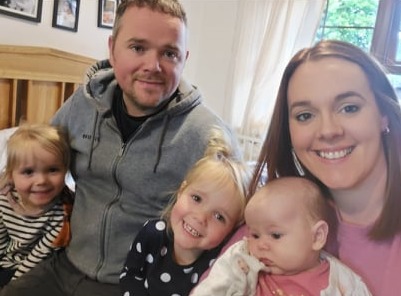 Rachel and her husband Aaron were devastated, and just a few months later she began the online blog 'I am one of many' to highlight and raise awareness of miscarriage and baby loss.

“The blog helped loads. I remember someone saying to me there wasn't anything out there for them locally, and when I lost, I realised then exactly what this person had been talking about,” she said.

“I thought, why don't I share my story and then every so often, I still get messages from people who have lost and just connect to it.

“It might not necessarily be the same loss as me, because they're all different, but knowing that support is there, and that it's a local voice, helps people.

“I get the odd message from people who haven't lost, but had supported me through the page, and then they've ended up losing a baby later on.”

Although she says she didn't realise it at the time, Rachel was finding ways to channel her grief, and was about to get her teeth into an even tougher task: re-establishing the camogie team in Drum. 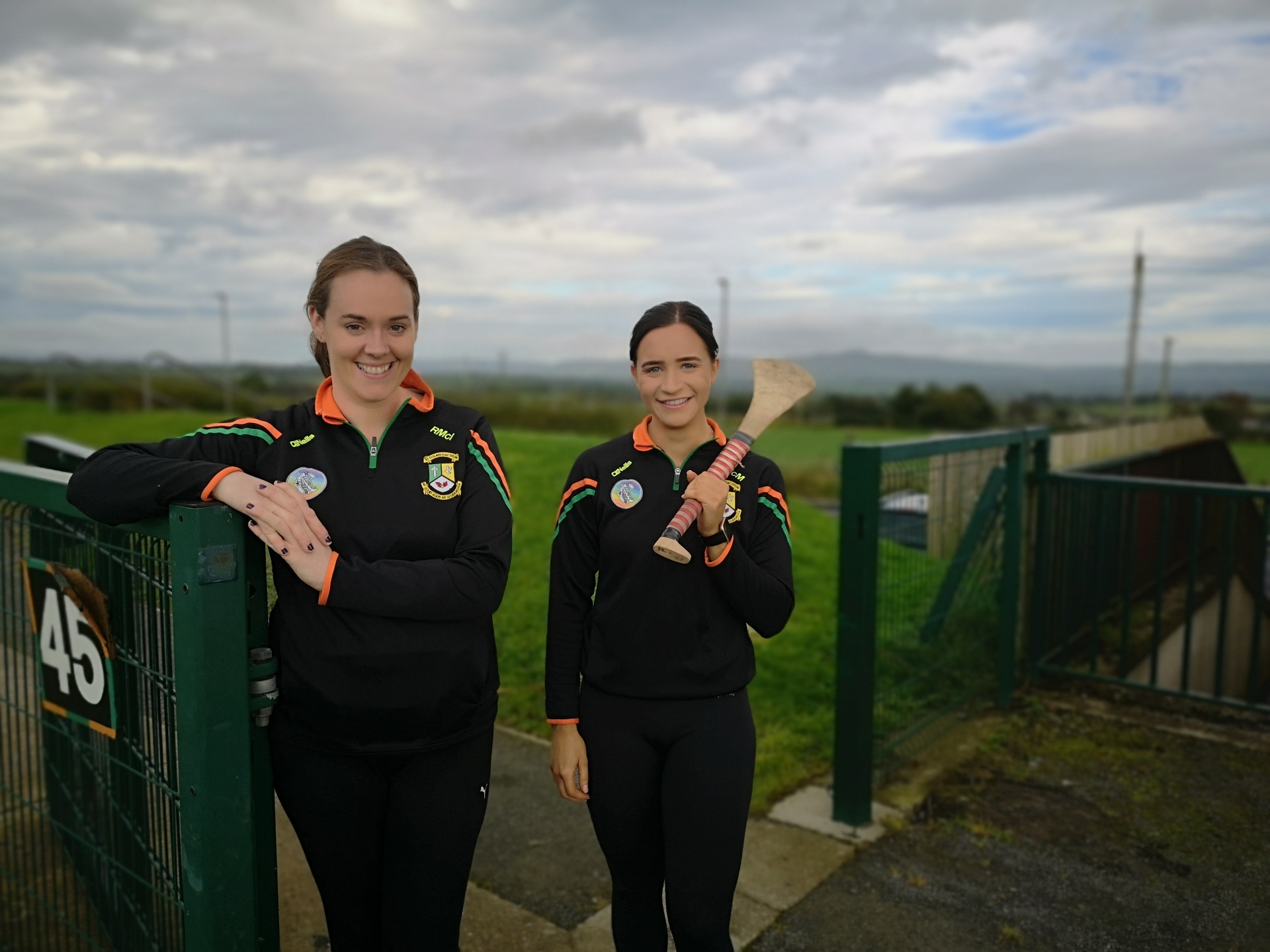 “I had just thought about it and mentioned it to a couple of girls, and then approached the chair at the time. The AGM was coming up, and it was brought up then,” she said.

“That year we actually had the gala, so it wasn't a great year to be starting up a new team, but the support from the club has been great.

“They helped us pull more girls in. One of the girls that did secretary actually was our last secretary, so she knew the ropes, and it was a lot easier having that support.

“From there, it just took off, and as usual, finding a manager is always the trickiest bit, but we got there too.

“It's a small club, you have people getting married, having children, and heading away, but we've been holding it together and girls have been coming up through the club again.”

Rachel and Aaron suffered their loss in June 2016, and in the chill of the following January, Drum's camogie team had been resurrected.

Elizabeth McManus was one of the girls who took the plunge and returned to play camogie at St Colm's. She said there was a solidarity, a feeling that everyone was on a similar journey.

“I wanted to get back to camogie, and I saw the opportunity. It didn't feel as scary because you knew everyone was going back to square one,” she said.

“It seemed like we didn't win any matches, but it was just the craic and taking the hand out of each other; you don't realise just how much it does help you, especially during Covid.

“I just think we were all mad to get back on the pitch this year. It helps you take your mind off anything you're going through.

“We maybe didn't realise just how much we were helping Rachel just by turning up every day.” 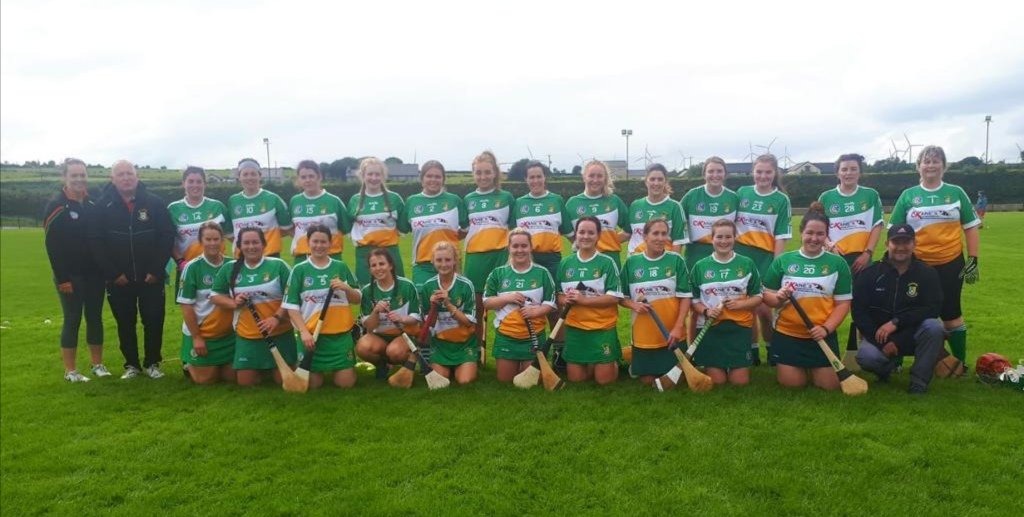 The fact that driving the return of the club's camogie team was in some ways therapeutic for Rachel, never really crossed her mind, and took years to crystallise as a conscious thought.

“I cried nearly that whole first year, and they were probably thinking 'what is she on about?' In our first match I started to cry and at the end of the year as well,” she said.

“I don't know why, but I suddenly started to think it was a complete distraction, that I did it to distract myself from what had happened.

“I've probably only realised in the last couple of years, to be honest. I completely threw myself into something that I thought could go ahead.

“At the time, we didn't have a team, but the girls came along and I think it's only hit me this past year or two that I did throw myself into it and that's how I managed my grief.

“Being able to get out of the house two or three times a week is just how I dealt with it. That very first night, I'd say for me it was the best game I've ever played.

“We were slaughtered, but everybody was smiling and the buzz was unreal. Don't get me wrong, the competitiveness comes in, but it was so good to be back.” 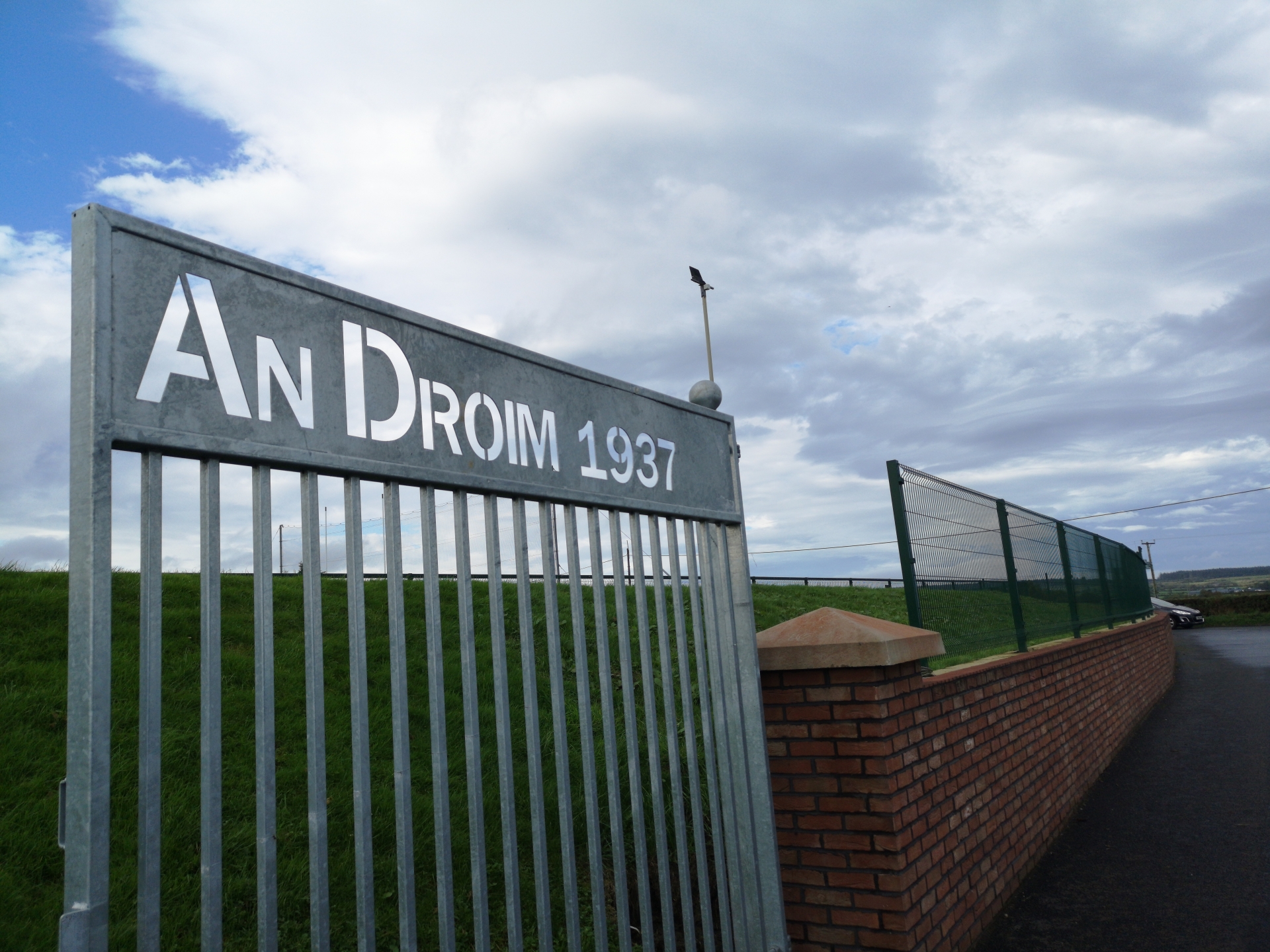 On Friday, the floodlights at Drum will shine like a beacon in north Derry's hills to mark the end of Baby Loss Awareness Week.

The week is held annually to raise awareness and show solidarity with parents and families who have lost babies.

Usually, candles are placed in the windows as part of a 'Wave of Light' to add visibility to the occasion, but this year, Rachel is attempting to go one step further.

She is encouraging GAA clubs and sports clubs to turn on their floodlights on Friday, October 15 at 7.00pm for one hour to mark the culmination of the event.

St Colm's GAC Chairperson, Eugene McManus, said the idea has the full support of the club.

“The camogie took her mind off losing the baby, and she just wanted to do something different this year and thought of this, and we said of course, we'll back you,” he said.

“We've always prided ourselves on being tied to the community, and there are people within ours and other communities who have suffered that loss.” 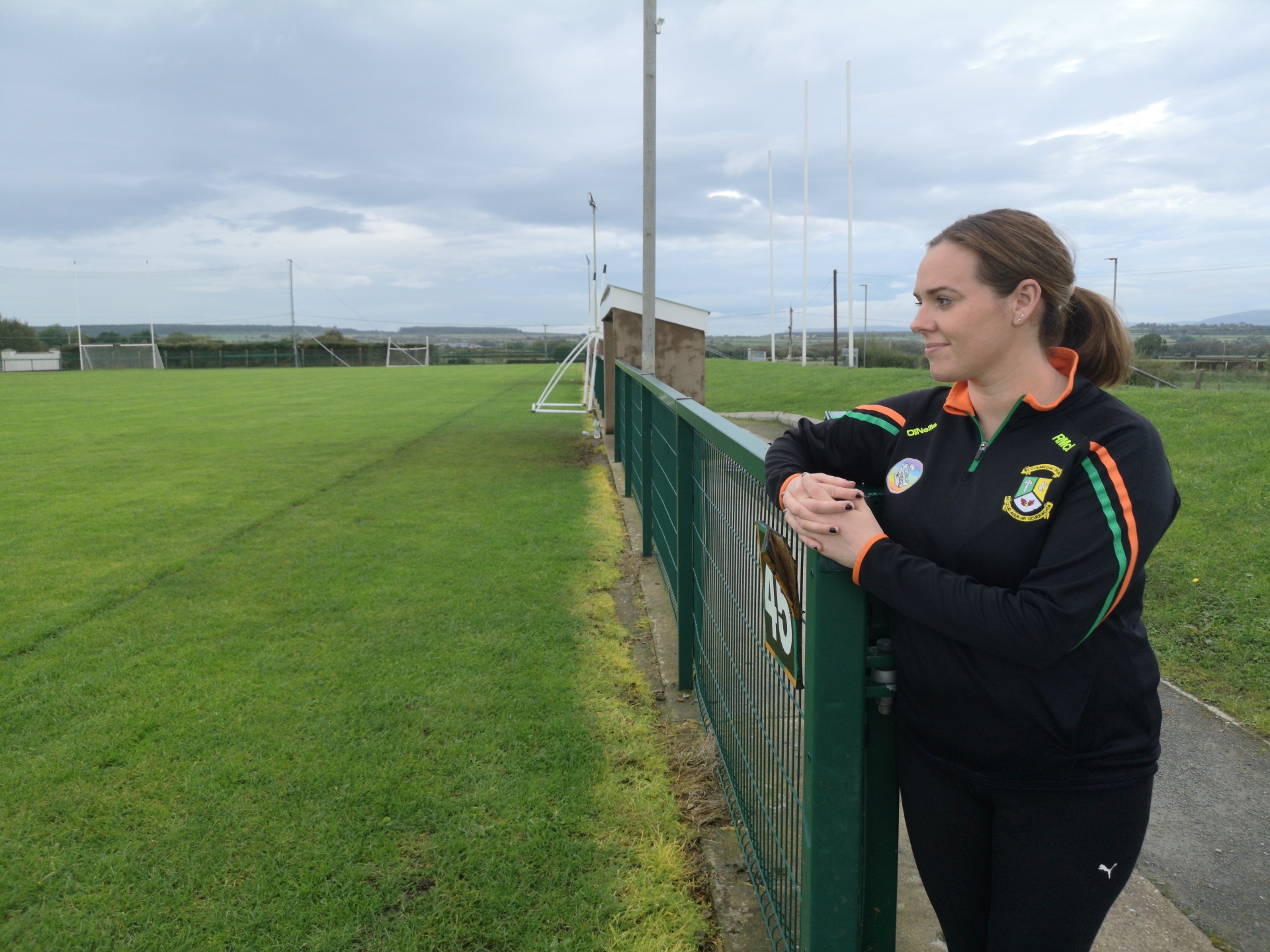 The motivation behind the gesture is encouraging people to talk about a subject historically seen as taboo.

“I suppose with the topic it is, not everybody wants to talk about it, so you would get a wee nudge or a rub on the arm. You feel the support more, rather than people talking about it,” said Rachel.

“That's part of the reason I wanted to do the blog at the start; to try and get people to talk about it to know that it's okay to do that when somebody has lost a baby, and to mention their name.

“Always talk to people about their baby. It's never going to upset them, and you shouldn't think it will. You're remembering what has happened.

“It's never going to go away; people are always going to lose babies. Every year, even if you haven't been through it, light your candle anyway at 7.00pm.

“Somebody you know is going to go through it the next day, or the day after that, and you don't know when it's going to be your family.

“Do it for them, and do it in solidarity with someone you might know down the street. Raising awareness and talking about it is so important.”