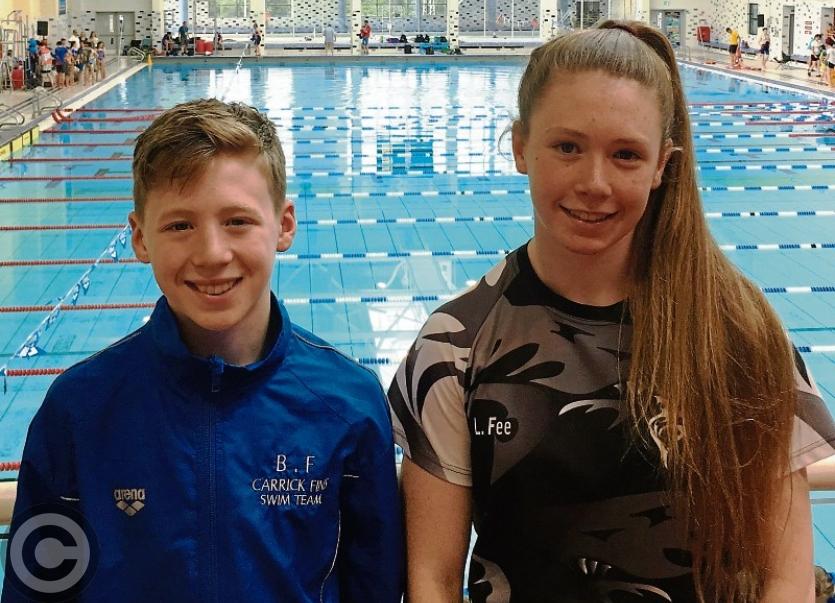 The Division 2 Championship proved a great success for threeCarrick Fins swimmers who competed at the University of Limerick Sports Campus from July 5-8.

On the first day of the championship Kieran Breheny had a fantastic swim in the 50m Breaststroke. Kieran gained a new PB and a bronze medal in the final in an impressive 33.56.

On the second day of the championship Laoise Fee, Kieran Breheny and Brogan Fee competed in the 100m Breaststroke in their respective age groups. First in the pool was Brogan who gained a new PB in his heat in a time of 1;29.82 and earned a place in the final.

In the final Brogan came 8th and improved his PB recording a time of 1:28.59. Laoise achieved a new PB in her heat in a time of 1;24.31 narrowly missing the final by half a second.

Kieran continued his success from the previous day with a place in the final and new PB of 1;14.25.

On the final day of the championship, all three swimmers were in action in the 200m Breaststroke .

First to swim was Laoise, who took an impressive 4 seconds of her time with a new PB of 3:04.79 with a season hindered by injury and reduced training schedule Laoise’s results were outstanding.

Kieran ended his Championship in style. Previously his time for the 200M Breaststroke was 2;47.18 after qualifying for the final Kieran swam a great final achieving a new PB of 2:40.30 and a Division 1 time.

Brogan saved the best for last. After a superb swim in his heat, Brogan came 6th in the final and recorded a massive PB time of 3:08.03.

Congratulations to all swimmer and coaches. 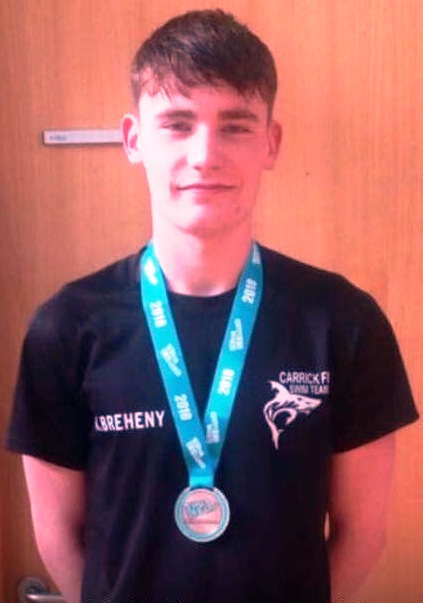