Órla was the only Connacht lady representative 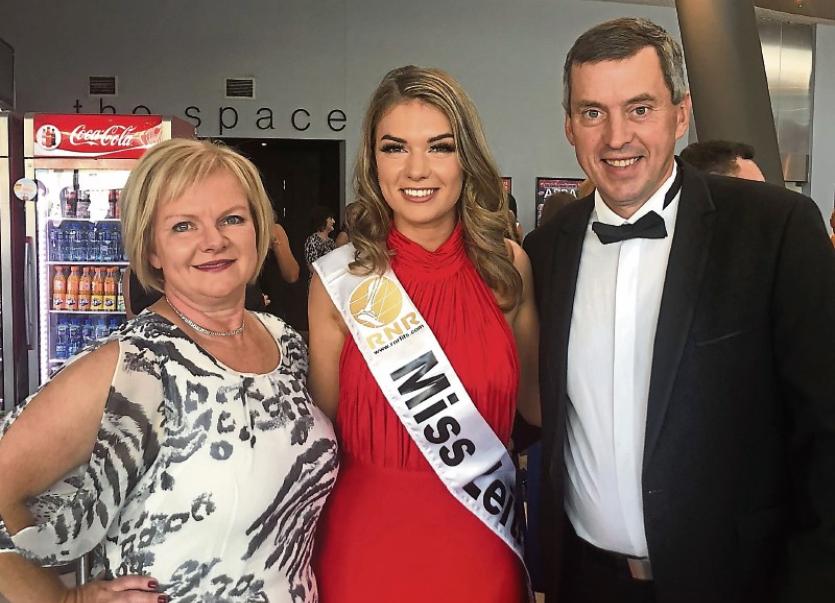 Órla with her parents Antonia and Mícheál McNabola at the Miss Ireland finals.

Among the twenty-six ladies vying for the crown was Miss Leitrim, Órla McNabola from Carrick-on-Shannon.

Twenty-year-old Órla works as a lifeguard and swim teacher in Aura Leitrim Leisure Centre, and also as a weekend radio host with Shannonside Northern Sound.

The event ran in conjunction with Mr. Ireland 2018, and contained stiff competition from Leinster, Munster and Ulster counties. Órla was the only Connacht lady representative.

Carrick’s Órla placed in the Top 15 of the night, and also showcased a talent, opening the sportswear section of the show with an electrifying karate performance. Winners Aoife O’Sullivan from Cork and Wayne Walsh from Galway were crowned and sashed Miss and Mr. Ireland respectively at the end of the show.

Judges on the night included former Miss World Rosanna Davison and Suzanne Jackson of beauty blog So Sue Me.

The Miss Ireland competition underwent some changes this year with the elimination of the swimwear round, and the introduction of compulsory charity work.

Órla, who has been working in partnership with the Irish Heart Foundation in the lead-up to the competition, aims to continue her fundraising and awareness, with her eyes set on World Heart Day at the end of this month.

“I enjoyed the whole experience immensely. From making 25 new friends, to learning how to catwalk and being able to support fantastic charities, I can honestly say I am delighted to have been a part of it all. I look forward to what my role as Miss Leitrim has in store for the year ahead.”