Treat semi-finals for what they are – just another game

A semi-final must be looked upon as just another game, not a stepping stone to a final 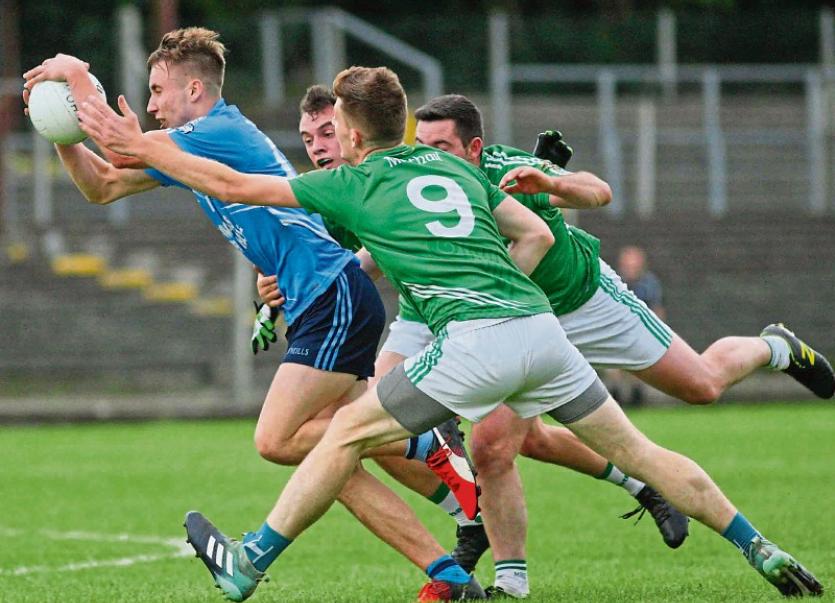 A semi-final is a curious beast. We lost enough of them during my time with Melvin Gaels to allow me some decent insight.

In some of those games elements of the team were guilty of having one eye on the final. They felt we were better than the opposition and therefore just had to turn up and do our stuff to record a deserved win. Our opposition rightly had different ideas.

There is no such thing as a guaranteed win in sport and if you arrive onto a field believing so, it is incredibly difficult to turn things around once you find yourself in a game. The 2009 semi-final against Carrigallen stands out.

The south Leitrim side, led admirably by their captain keeper Enda Lyons and Ciaran Flynn at full forward, played with the spirit and determination required to win a semi-final. They were seeking a first senior county final appearance in decades and were underdogs.

When we found ourselves in a battle we were at times crippled by what was unfolding before us. We deviated from the game plan and hesitancy polluted most aspects of our play. It seeped into our shooting resulting in a litany of wides, balls dropped short, and blocks.

We reduced a four-point lead to one point with a few minutes to go and wasted six excellent scoring opportunities to draw level. Calm heads were needed and had we equalised I believe we would have won the game. But Carrigallen stood strong and when we dropped another free short they broke and scored a point.

I’ll never forget one of my team mates saying – ‘that’s it over now’. I was furious. Livid. There was still a minute or so on the clock and I told him (in fairly colourful language) that no game was finished until the final whistle blew.

Boosted by this easing of the constant pressure, and perhaps by the dropping of some Melvin Gaels heads, Carrigallen gathered the resulting kick-out too and Ciaran Flynn landed a great point to leave three between the sides as we entered injury time.

Still we launched one more attack and I got an eye on goal but Enda Lyons pulled off a brilliant save pushing my effort onto the post to secure their place in the final. It would have been criminal had it gone in – Carrigallen deserved their final slot and pushed Glencar Manor all the way in that decider, falling agonisingly short by just one point.

The point of all this?

A semi-final must be looked upon as just another game, not a stepping stone to a final. During an interview following their second consecutive All Ireland win on Sunday, I heard Dublin ladies’ footballer, Lyndsey Davies, describing the match as game six in their series. It was in response to Marty Morrissey asking whether defeating Cork in the decider made the win all the sweeter.

Cork had beaten Dublin in numerous finals in recent years. But the Dubs didn’t make it personal. It was just another game, another opposition. They just did their thing. If you allow yourself to become subject to your emotions and misplaced beliefs, they will interfere with the job that has to be done.

A quick glance at the ACL Division 1 table in Leitrim tells us that four of the five most consistent teams in the county are still in the mix for the 2018 senior semi-finals. Aughawillan are the outliers, currently second from the bottom of the league table on six points from nine games. But as we all know they are also championship specialists. Their league standing won’t worry them in the slightest.

They play St. Mary’s Kiltoghert in their semi-final. The Carrick-on-Shannon side’s only defeat in Group 2 came at the hands of Glencar Manorhamilton in Round 4 (1-13 to 0-12). Mohill edged out Aughawillan in their Group 1 opening encounter way back on July 28.

To be honest, I haven’t seen this St. Mary’s side in action this year, so can’t go on form. From reports, their business-like disposal of Gortletteragh was a continuation of their solid form in 2018.

Ballinamore Sean O’Heslin’s and Glencar Manorhamilton will return to Pairc Sean on Saturday to determine which side will face the reigning champions Mohill in the other semi-finalist. Their stunning draw was the pick of the games at the weekend and both will relish another bite at the cherry.

Mohill will be watching that game to take from it whatever learnings they can. But they have amassed enough experience over recent years to know that each game brings with it its own mojo.

The other most interested spectator in the stand (for the replay and the semi-finals) will be Terry Hyland, hoping to see some new talent emerge from the clubs that still have skin in the game at this championship end of the season.

Some advice to all players still involved in any grade of the championship – approach the challenge with humility and as if it is the last game you will ever play. And for goodness sake, play to the final whistle.