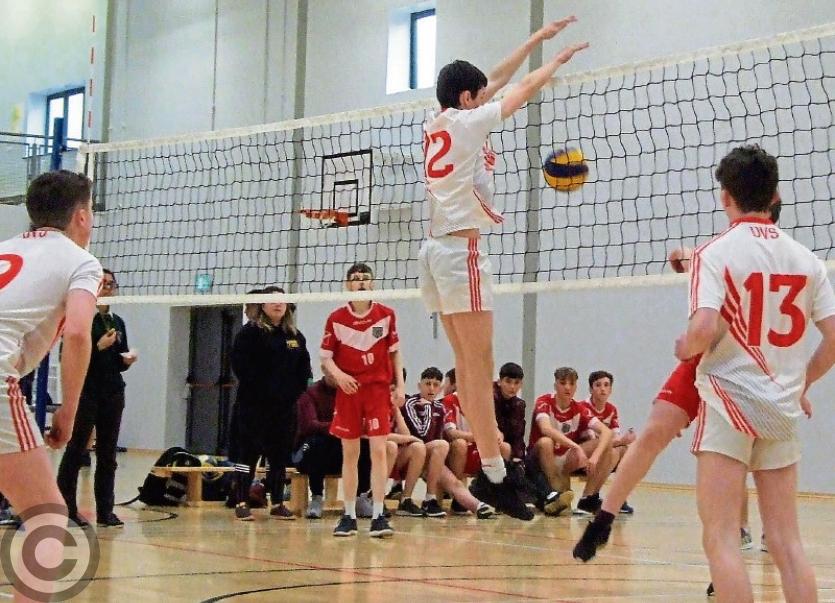 Next Wednesday, in Kilkenny, Drumshanbo face St. Flannan's Ennis in the Cadette A final but will start as underdogs despite an incredible record at the grade.

Drumshanbo won their record eighth title last year and are into their 18th cadette final, making the Leitrim school easily the top school at this grade.

St. Flannan’s, renowned for hurling, are in their first ever Volleyball A final for team and school so should be major outsiders. But, with five Irish internationals in their ranks, the Clare school may start as favourites.

Drumshanbo too can boast an international pedigree with five boys playing international in Kilkenny last March but Flannan’s also had five and all five are on this cadette team!

They also have a very successful assistant coach Davnet Dwyer. Davnet has just taken Scoil Mhuire Ennis from nowhere to top girls school in Ireland in the last six years, winning Junior A 2015, cadette A 2017 and now Senior A 2018/19.

Flannan’s likewise came from nowhere two years ago in boys. Their first encounter (Flannan’s Junior B vs Drumshanbo Junior B) had Drumshanbo coach David Gallagher proclaim that their Junior Bs would beat Drumshanbo As!

He was proven wrong as it was Drumshanbo As, with four of the present cadettes that reached the A final. Flannan's however, did win the Junior B on their first attempt.

Last year, the schools met at A (cadette) for the first time and Flannan's shocked Drumshanbo by going 12 points ahead in the first set. Drumshanbo recovered and went onto all the way to regain the title.

This year, way back in October, these same Flannan's boys beat Drumshanbo’s new cadettes 25-17 25-23. Flannan's had one or two injuries and Drumshanbo had all their players. Flannan's went on to win all their games in straight sets and earn the tag as favourites.

Drumshanbo, on the other hand, have had a rocky road. At one stage, they were missing five of their 12 strong panel but somehow they shocked the famed St. Brigid’s Loughrea with the remaining seven.

Their big assets though are the presence of their very experienced senior, Cathal McGourty, and, having seven of last year’s superb Junior panel as backup.

Drumshanbo went in to last year’s final as underdogs. Can they do it again?