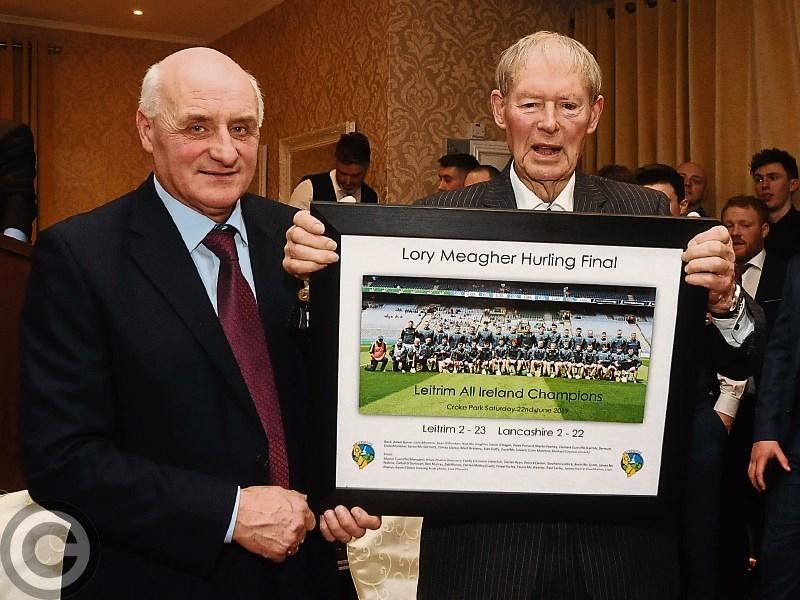 An era has ended for Leitrim hurling with the news that Martin Cunniffe has stepped down from his role as Hurling Board Chairman in the county.

A native of Galway but a long time resident of Carrick-on-Shannon, Martin tendered his resignation as hurling board chairman to Leitrim GAA County Board Chairman Enda Stenson last Friday, bringing to an end over 40 years involvement in the sport in Leitrim.

“Martin did go out on a high when he led Leitrim to the Lory Meagher Cup last year, a victory that is akin to any other county winning any other competition in this country and it was only fitting that Martin was still to the fore when it was achieved.

“It was the first time a Leitrim team had climbed the steps of the Hogan Stand in Croke Park to collect a Cup and it was a huge achievement that was down to the persistence of men like Martin Cunniffe.

“All you can ask when you take on a role is if you have left the scene in a better position than when you got it. Martin certainly did that, leaving on a high after winning the Lory Meagher Cup. It would be safe to say that there would be no hurling in Leitrim without the work put in by Martin Cunniffe, Paddy Phelan and Mickey Dorrigan,” concluded Enda.

Enda confirmed that he will be talking to the Hurling Board before appointing a new chairman.