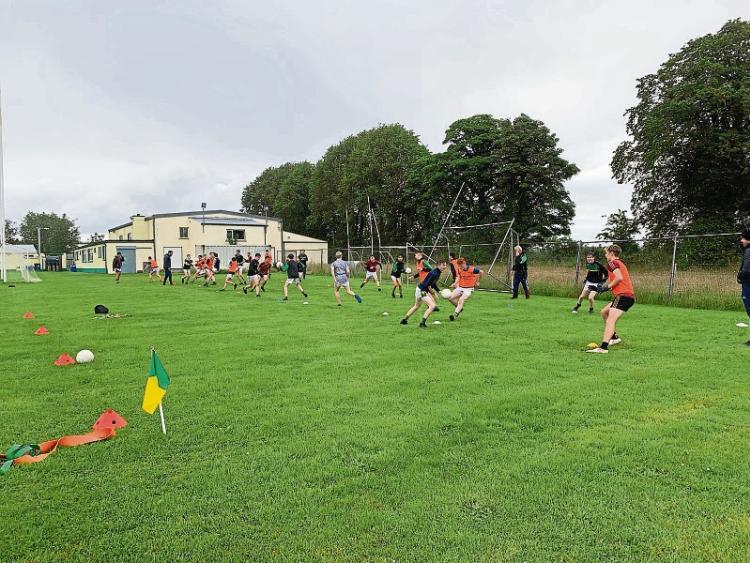 It's being called “the new normal” as Ireland adjusts to coming out of the Covid-19 lockdown but when it comes to the GAA world, Leitrim County Board Chairman Enda Stenson hopes that the new normal might see a reappraisal of priorities within the organisation.

Games restart in Leitrim on Friday week, July 17, but the return of organised club training has seen an explosion of excitement, an excitement that Enda admits to feeling himself!

“Absolutely delighted but what amazes me more is that there are so many more who are just as delighted,” Enda told the Observer, “ I’ve never seen the amount of people - let it be youngsters, ladies or mens, senior or junior teams - that are out training that hadn’t been training before.

“There is a total coming together of GAA people; I’m not sure what’s caused it but I think there is more people out training than there ever has been before.”

With Croke Park giving clubs primacy before the return of the County game later in the year, Enda believes the emphasis on the club game should be maintained into the future: “Maybe there will be more emphasis on the club scene rather than everything pointing towards the county scene. As has been pointed out, two percent of the footballers play for county teams. We have over 95, 96% of footballers who play club football and that has got to be looked after.

“If nothing else happens, that is a good thing what has happened. Now everybody knows the starting date and they know the finishing date and they can arrange their lives around that. Before that, we could be starting the first round of the league at the end of February and finishing the whole lot in November; nobody knew what was happening from week to week.

“Now it is totally condensed, every date is known and that is a huge plus. I just hope going forward that the powers that be in Croke Park adhere to that and work round something like that.”

Leitrim GAA County Board are also thinking of their clubs with clubs hosting two championship games at home and keeping the gate receipts rather going to the County Board. The decision on home venues may have been influenced by Covid-19 measures but Enda insists that the County Board wanted to do something for clubs who may be struggling financially.

“From the County Board point of view, to have clubs host those games and allow them keep the gate is the right decision. It wouldn’t have been right to take the championship gates from them.

“Those gates will be the first form of income clubs will have got this year and while I know that finance is extremely tight on the County Board side, we have to get over that because to let any club go to the wall through this adversity would be wrong.”

Covid-19 regulations mean that, for the first round of games at least, teams cannot use the dressing rooms at their grounds and must arrive in the gear while there are crowd limits and social distancing guidelines to observer but Enda is confident that Leitrim clubs will rise to the challenge.

“I have seen that clubs are pushing out the boat to have everything right for everybody. Within communities, I think there has been a huge coming together and everything will be right. The county will be coming to their grounds and I have no doubt that the good club people in every club are going to put their best foot forward, they will do what is in their power to keep everyone safe and to have everything Covid-19 ready.

“ I know that distancing in some of the club grounds will be tight but it is very workable and I think it is worth doing.”