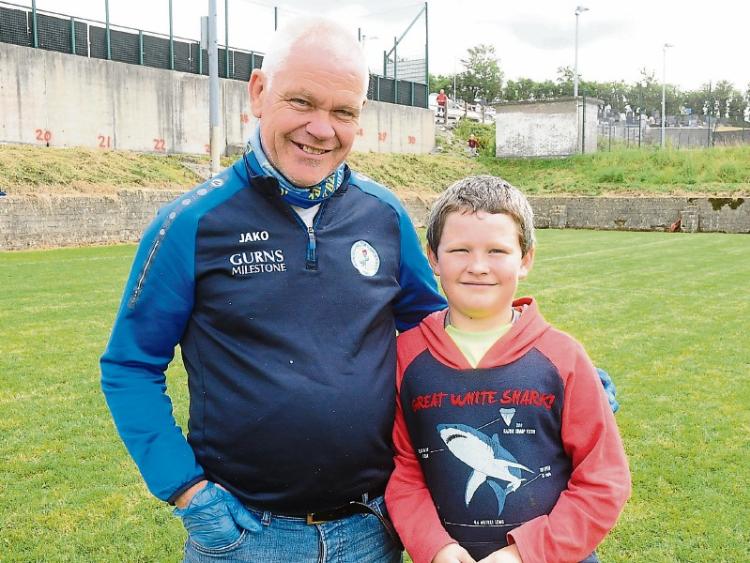 Maybe it was just being without sport for so long but I've got to say that I really enjoyed the three matches I attended last weekend as sport made it's long awaited and much overdue return to the playing fields of Ireland.

Up and down the country, from north to south, east to west, players, officials and fans flocked to games under very different conditions from when they last attended a game - all ticket affairs, contact tracing, social distancing and hand hygiene seem a million miles away from the communal experience that sport normally is.

But then, these are very different times and with half the country certain that another Covid outbreak will send us all the way back to the dark days of Phase 2, the feeling in Cloone, Mohill and Manorhamilton seemed to be “lets get on with it and make the best of it while we can!”

First of all, kudos to all who helped organise games over the weekend - the list of regulations may be a mite off-putting and intimidating but everyone I met did the job with a smile.

Now was the absolute two metre rule observed in all venues? Definitely not but people did heed the regulations, teams did use separate sides of the field for dugouts and generally a good effort was made to keep socially distant.

Could more be allowed into games that just 200 participants? On the evidence of last weekend, yes - you might meet more people in Tesco or SuperValu right now but it will take vigilance not to allow standards of care slip as the matches progress.

A few observations from the weekend:

♦ I was pleasantly surprised by the high standard on display in both Cloone and Mohill. The Intermediate game was played in awful conditions but it didn't stop either team from producing some great entertaining football with the result right in doubt up to the end.

I was thrilled with the standard of that game until I witnessed the first ten minutes of action in Mohill and not to denigrate a great match in Cloone but there is still a big gap between the two teams and the rest.

The fury, intensity and skills of Mohill and Ballinamore players was a different world and it never let up to the final whistle, truly outstanding considering the lack of game time all these teams would have had (Report).

I'm loath to make judgements based on just two games and I'm afraid I might jinx it but I think we're in for a good club season.

♦ Congrats to Leitrim Gaels on an historic first ever Senior Championship (link) win but to be honest, it's not really a surprise with the talent they have in their ranks. They're at the top table now and Leitrim Gaels are here to stay!

♦ I'm not sure I'd like to be in the shoes of Carbury FC if they meet Manor Rangers again this season. The pair could meet again in the Cup Final and judging from the reaction of the Manor players, they are mad for another crack at the Sligo town team after their 1-1 draw last Sunday in Bee Park (link).

The draw takes the destiny of the League out of their hands but when they get over their disappointment, Manor's players will be infused with a thirst for revenge. Can't wait for a rematch!

♦ I'm one of the cautious ones when it comes to dealing with Covid-19 but I really have to wonder about the 200 people limit at outdoor sporting events. From looking around St Mary's Park in Cloone, Philly McGuinness Park in Mohill and Manor's Bee Park, all could have comfortably accommodated a few more fans with little or no trouble.

It would also help with fundraising for clubs with so many struggling at the moment so I'd hope that the Government heed John Horan's call on crowd sizes and expand numbers to 500.