Teenager in world record attempt due to land in Donegal on Sunday, July 4 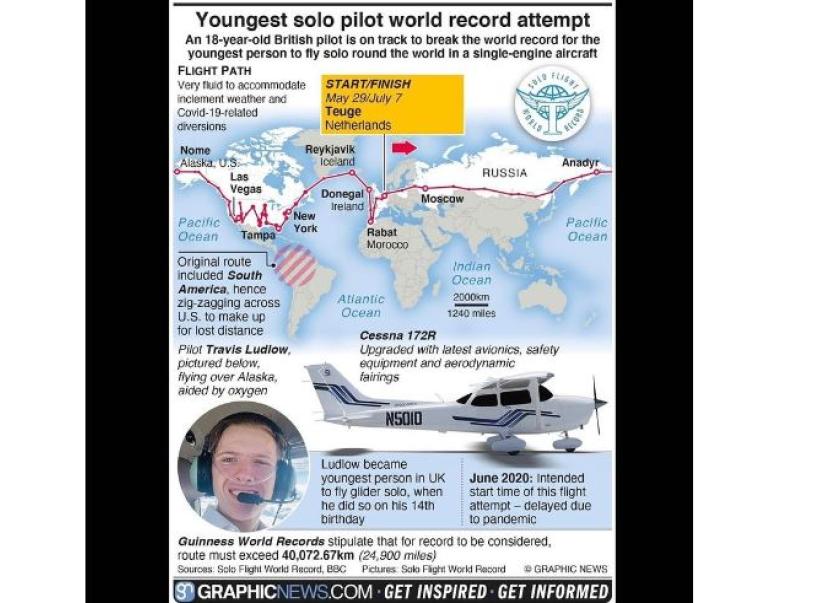 A teenage pilot who is on track for a solo round-the-world record in a Cessna 172R is estimated to arrive into Donegal Airport this Sunday, July 4.

Travis Ludlow, departed Teuge in The Netherlands on May 29, heading east across Europe via Poland, before flying through Russia, Alaska and Canada.

His remaining hops will take him up the eastern seaboard of the US via New York, then back into Canada, before continuing on to Greenland, Iceland and all going well, Donegal Airport this coming Sunday.

He will then depart for Portugal, Morocco, Gibraltar, Spain, UK, France and Belgium – landing back in the Netherlands on July 7.