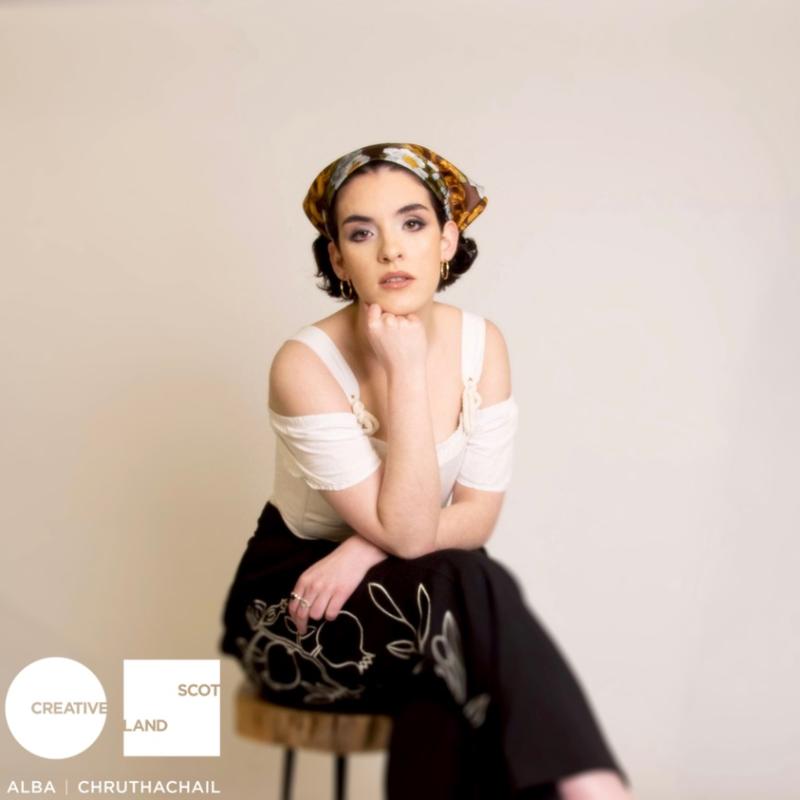 Dromahair singer and songwriter Étáin is releasing her debut single ‘At Least One’ this month.

This is a beautifully crafted piece bursting with sincerity and enriched by Étáin’s ethereal vocal delivery.
Produced by critically acclaimed US producer Noah Weinman, the song brings together innovative approaches to Irish and American folk music.

It captures Étáin’s growth as an artist and her wilful vulnerability as a songwriter.
Etain told the Leitrim Observer this single is special as it “features birdsong recorded in my back garden in Dromahair, Co. Leitrim.”
Étáin began writing at an early age, inspired by her childhood spent by the Lake Isle of Innisfree.
She quickly developed a distinctive songwriting style that delivers cinematic imagery in an intimate and
conversational tone.

Étáin interweaves Celtic vocal melodies with ambient acoustic accompaniments to
create a musical landscape that pays homage to her Irish roots while maintaining a universal appeal.

‘At Least One’ is about being in a long-distance relationship and realising you can’t be there for the other person in the way you wish you could be. This pang of longing just hits you right in the chest.
Étáin has played major festivals and venues across the UK and Ireland including Electric Picnic, Sea Sessions, The Cavern Club, Whelans, and The National Concert Hall.
www.facebook.com/etainmusic