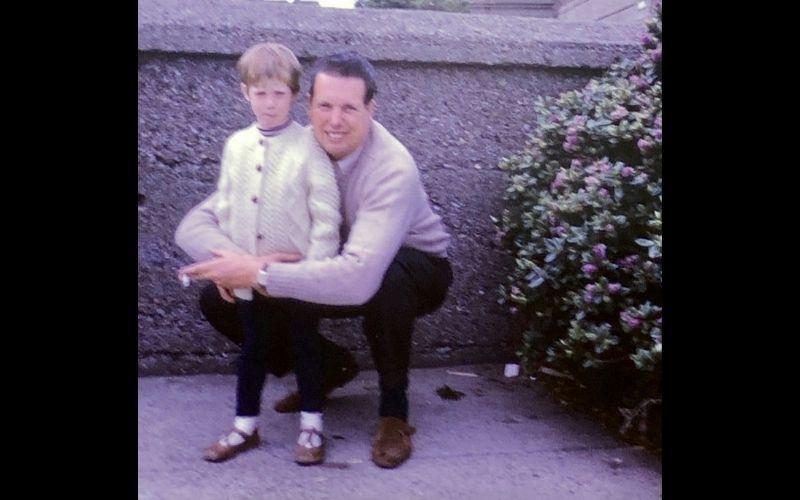 Kathy Simmons lives in New York and is the daughter of a Cloone woman. She is a regular contributor to Irish Central

“Now this looks interesting!” pondered my father a hint of excitement in his voice as he sat studying the Irish paper. It was the summer of 1977 and our family’s first day in Ireland. We had found a two-week rental in a suburb of Dublin, which served as the perfect base both to explore the city and day trips to the countryside.
Stretching back in the living room’s handsome leather recliner, he was truly in his glory. General Manager of an Irish restaurant known as Rosie O’Grady’s in New York City, he relished these trips and returning to Ireland. My Irish-born mother too was in heaven as she loved returning home and visiting friends and relations.

Adjusting his reading glasses, my father continued, “Live music tonight. Drinks and refreshments included. And girls! Would you believe it is right up the street?”
I glanced at my sister who lay sprawled on the floor lost in an Irish book she had discovered entitled “Tales from the Bog.” Being teenagers in a quiet suburb, we were at a loss for what to do our first night - but things were looking up!
I envisioned the evening unfolding as we stood amid a crowd of handsome Irish lads chatting us up and then with even greater aspirations, imagined a surprise appearance from Bono, the U2 superstar who was often said to drop in at venues and perform with local musicians.
We flew upstairs and amid a flurry of makeup and hairspray, readied ourselves for a night in Monkstown with teenage hopes and a night filled with possibility…

Walking up the barren street, the distinct smell of peat filled the air, a scent for me that is always reminiscent of Ireland. Searching the house numbers, we approached a stone cottage which from the outside appeared deserted but then I noticed a sign “Live Music Tonight,” carelessly taped to the front door.
Entering, we stood face to face with two nuns who smiled in delight. “Ah, some young people. Welcome now, welcome. Enjoy, enjoy.” Avoiding the dejected eyes of my sister, I glanced at the stage where the live music had just begun. No Bono, but six Irish step dancers kicking high into the night.

We were ushered to a table where thick slices of Irish soda bread lay neatly on simple white dishes, alongside pats of butter. Not a cocktail nor pint in sight.
The crowd consisted of middle-aged and older locals, chatting amiably as they tapped their feet to the lively tunes. My sister and I sat glumly, the sole two teens in the packed room. Attempting to make the best of it, I poured us each a cup of steaming tea. I thought of my father and imagined him smiling to himself at that very moment. I vowed to somehow get even.
But things changed dramatically shortly after meeting Chris, a bespectacled Irish boy who lived next door and vowed to show us the best of Dublin City.

One night while en route to a popular bar, a song from Michael Jackson, "Pretty Young Things," came on the radio.
“Oh, I am mad for this song!” shrieked Chris as he blasted the volume and sang along in abandon. At each chorus, he banged on the hood of the dash to further accentuate his delight. But Chris’s version was unique as he dropped the H in “things” to “tings.” To this day, when I hear the song “Pretty Young Things,” I fondly think of Chris and always sing along with the Irish version he coined. In appreciation for his friendship, we had my father hire him as a busboy at Rosie’s the very next summer where he enjoyed learning the restaurant business in New York City.

In contrast to vibrant Dublin lay the Irish countryside, hypnotizing in its beauty and people. We would stay at a bed and breakfast called “The Tooman House” and in our younger years, would jump from the barn loft into the loosely piled hay below as two resident Border Collies nipped at our heels.
Returning to my mother’s childhood farm in Cloone, Co Leitrim was always bittersweet as is often true with leaving and returning to a past place and time. Her best friend from childhood, who remarkably shared the same first and last name, was Mary Kate Foley. They grew up together and in later years attended the same Dublin nursing school.

At age twenty-five, Mary Kate died suddenly from a burst appendix. One trip back, my mother expressed a desire to visit Mary Kate’s home which she had not entered in over thirty years. As I sat in the car with my father, my mother hesitantly approached the front door. We watched the door open and then Mary Kate’s elderly father standing before her. His eyes slowly widened in slow recognition. Then embracing her, he broke down and wept.

Over the years, my family has spent three summers in Ireland, each visit holding a special place in my heart. From five years to nineteen, here are a few of my favorites:
Getting lost in Blackrock and a blind man showing me the way home.
My father buying an Irish Wolfhound puppy from a nearby farm who we named Connell. Each year until his death, Connell represented his homeland by proudly marching in the New York City St. Patrick’s Day Parade, alongside my Irish mother.
The Dublin Horse Show.
Meeting the Irish author Maeve Binchy in a pub in Dalkey. She invited my mother (a huge fan) and me to sit with her and was as just as lovely and enjoyable as the books she wrote.
Friendships with the many Irish neighborhood children who called us “The Americans” and welcomed us so warmly.
Sitting atop a small, ivy-covered brick structure in an Irish friend’s backyard having “tea” as Gilbert O’Sullivan sang “Alone Again Naturally” on a small transistor radio beside me.
The taste of my very first 99 ice cream cone.
The sun staying out till 10 pm.
And what a splendid time it was.