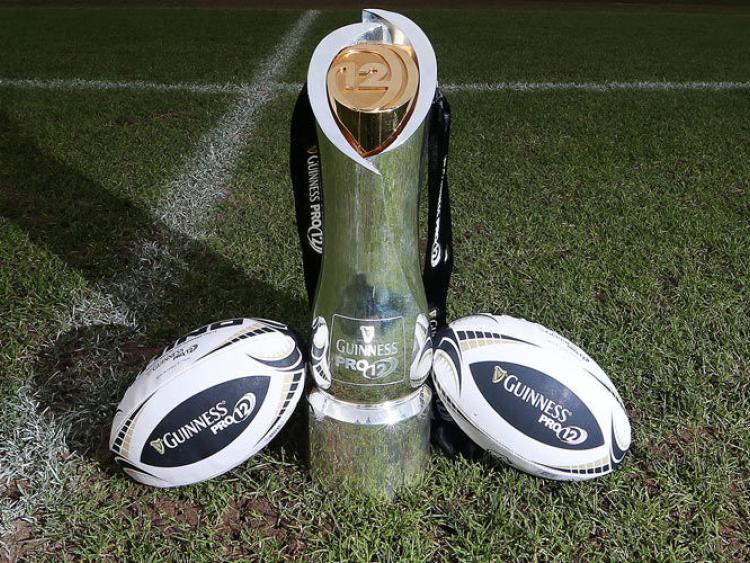 Rugby fans are in for a treat this evening, Thursday, October 28, when Connacht’s Pro 12 Trophy will be the Carrick-on-Shannon Area.

The Pro-12 Trophy will be available in the Bush Hotel on Thursday evening from 6 to 9pm for members of the public to get their pictures taken with.

Last Saturday, Carrick RFC Minis travelled to Creggs RFC for their first blitz of the season. Every team travelled, except for the U10s, who were competing in the Aviva U10 Festival Blitz in Ballina.

Carrick’s numbers at Creggs were low but so were Creggs, as some players from both clubs were still involved in GAA. Carrick’s teams got on really well and showed great displays of rugby to the plenty of Carrick supporters who also made the journey to Creggs.

For young players, the Carrick players showed plenty of courage and promise and it was an enjoyable morning of rugby for everybody. A big shout out to Creggs for their warm hospitality and competitive rugby. We look forward to returning the compliment, later in the season.

Training for Carrick Minis continues at our home pitch for the next two weeks from 9:45 to 11:15 am. Our next Blitz will be away in Athlone on November 12. More info to registered players to follow.

On Saturday, Carrick U10s attended the annual Aviva Provincial Mini Rugby Festival hosted by Ballina RFC. The festival saw 12 teams from Connacht compete with the opportunity to play at the Aviva stadium in Dublin in 2017.

We were in the pool of death with Ballinasloe RFC, Creggs RFC, Ballina RFC and Castlebar RFC. We had 10 boys from Carrick travel and all the boys played their hearts out .We drew three of our games and lost by two tries against Castlebar in our final game when tiredness had set in.

We scored over 15 tries throughout the day with Ben O’Connor scoring five tries, Luke Creighton bagging a hat trick against Ballinasloe RFC and Alan O’Beirne making an excellent debut.

On Saturday, a depleted senior men’s team was away to Corrib RFC who opened the scoring with a short range penalty. Carrick hit back with a Stephen Guckian try thanks to excellent ball retention.

Unfortunately, this would be the last of Carrick’s score and the conceding multiple penalties and some weak defending led to Corrib getting over for a try of their own.

Poor discipline and weak tackling was a recurring theme throughout the game, and it led to another two tries for Corrib.
The loss was not without its silver lining though, as it was a valiant effort for a team that travelled low on numbers. Carrick play their next game at home against Dunmore on November 6.

The trophy will be visiting Carrick this Thur 27th October from 6 to 9pm in The Bush Hotel. Everyone is welcome.https://t.co/D0jzwsdsKD