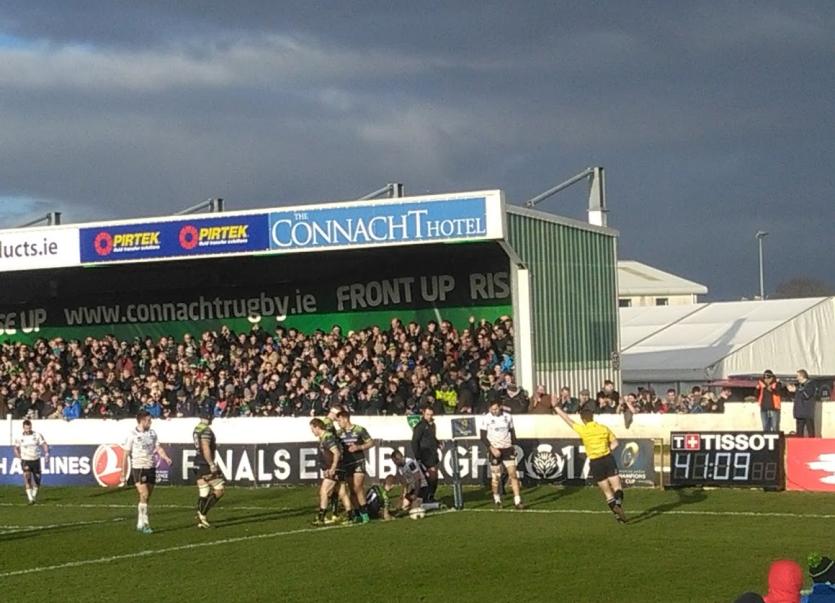 Connacht Rugby and the IRFU are delighted to confirm two-year contract extensions for senior players Dave Heffernan and James Cannon.

Mayo-born Heffernan has featured in every game for Connacht so far this season, bringing to 75 the total appearances for his home province. He made his senior debut against the Scarlets in March 2012 as a member of the Connacht Academy and shortly before he transitioned from the back row to hooker.  The 26-year-old Ballina-native, who has represented Ireland Under-20’s and Emerging Ireland, has been a member of the Connacht senior squad since the beginning of the 2013/14 season.

Great news today with the contact extensions confirmed of our senior players Dave Heffernan and James Cannon until the summer of 2019. pic.twitter.com/DhXCQf2s3b

Second row James Cannon has also agreed terms on a deal to stay at the Sportsground until at least the summer of 2019. Irish qualified through his paternal grandparents from Donegal, the English-born 28-year-old joined Connacht in September after six seasons with Premiership side Wasps. The six foot eight inch lock has played in nine games, starting seven, for Connacht this season.

Commenting on the latest deals, CEO Willie Ruane said, “Dave and James signing on until 2019 is great news for Connacht Rugby and our supporters. Retention is a vital part of our success moving forward and we’ve been really happy with the number of senior players who have committed their future to the province in recent months."

Head Coach Pat Lam added, “I have really enjoyed being witness to the phenomenal growth that Dave has made as a player and a person over the past four years in the senior set up. He is the consummate professional and I have no doubt that he will do everything possible when it comes to reaching the next level in his career and achieving great things.

“We’ve all been really impressed with the work that James has put in on and off the field since he arrived in September. It’s fantastic that he has enjoyed his first season here and sees the opportunity to grow as a player with Connacht.”