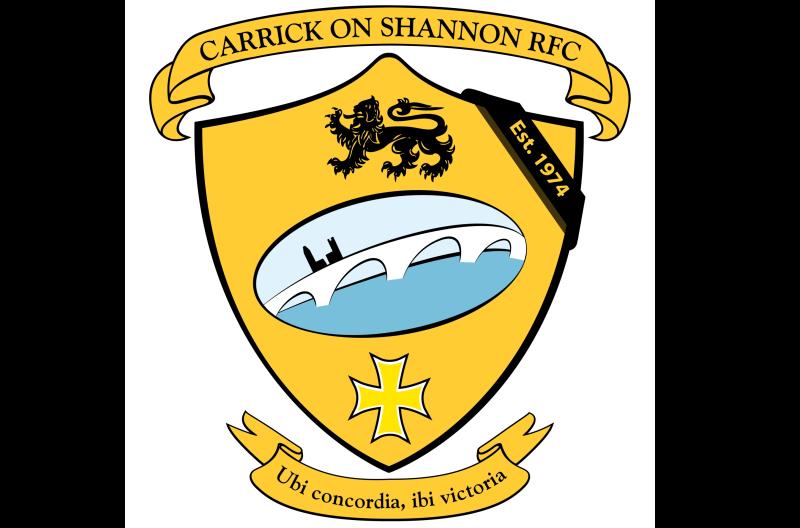 Carrick on Shannon Seniors made the away trip to Ballyhaunis RFC last Sunday in what turned out to be a very exciting game with 10 tries being scored.

Ballyhaunis started the stronger and with some good carrying and forward play won a penalty 20 metres out which was duly converted. From the kick off they applied more pressure and followed up with a converted try to leave the scoreline 10-0 to the hosts with 15 minutes played.

After the water break a different Carrick team emerged. Good pressure by the Carrick backs, in particular John Healy and Ruairi King resulted in a clearance kick being blocked down inside the Ballyhaunis 22.

The block down was pounced on and with some good inter play between Peter Lavin and Noel McDermott saw McDermott cross the white line for Carrick's first try.

Carrick kept the pressure on and good passing from scrum half Sean Lenehan saw the ball move swiftly through Carrick hands with Sean Hynes making a great line break using good feet to score and leave the score at 10-10.

Ballyhaunis retaliated and with their own good back play scored in the corner leaving it 17-10 at half time.

At the start of the second half Ballyhaunis gathered a Carrick clearance that failed to make touch and with clever running the Ballyhaunis winger scored in the corner, 24-10.

Carrick hit a purple patch with great forward play by Gavin Kelly, Shane McGuinness, Brendan Flannery and Denis McCaffrey and backed up by Brendan Davis that ended by opening up space in the midfield which Paddy McKeon took full advantage of to cross for Carrick's third try.

Then shortly after, Carrick went over for their 4th after great hands from John Healy and Dermot Foley put Steven Guckian through to score in the corner leaving it 24-20 and also giving Carrick a bonus point in the league table.

Ballyhaunis fought back again after the restart and managed to score through good work through their backs after winning a scrum 30 metres from the Carrick line.

Having weathered the storm and following a series of conceded scrums by Carrick in the final 10 minutes resulted in Ballyhaunis scoring two more cleverly worked tries leaving the final score 44-20.

Carrick can take some positives from the game. Their physicality was strong and their back play was very good with great passing in the midfield.

Carrick sit in third place in the League table and having scored four tries have gained a valuable bonus point which has cemented third place at the very least for this season and promotion still on the cards.

Sean McKeon and Tom McGuinness’s men have it all to play for in the next two games. Next up Carrick face Ballinasloe at home in Castlecarra this Sunday at 2:30pm which promises to be a very exciting game in the race for promotion.