Longford men have a day to forget 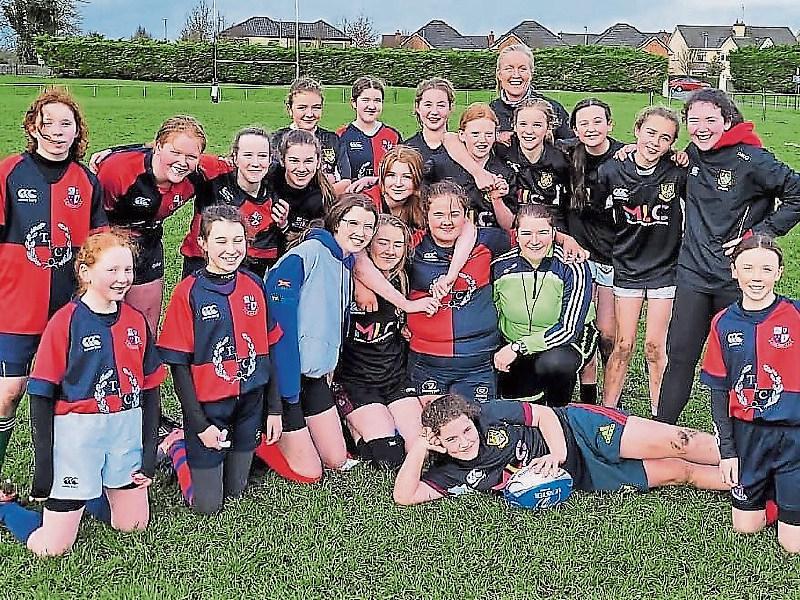 Longford Senior Men travelled to Oak Park in Carlow with their tails up after a big win versus Clondalkin the week before but unfortunately even with best laid plans, it became one of those days where no matter how hard Longford tried, nothing went to plan.

The weekend did not start off the best with over twenty players out injured or not making themselves available, meaning that Longford 2nd XV could not fulfil their fixture. Hopefully, a lot more players will put their hands up in coming weeks with the Provincial Towns Cup for both 1st and 2nds looming large on the horizon.

However, Head Coach Glenn Baskett assembled a good squad and hoped that Longford could replicate their attacking prowess of the week before.

The match started off disastrously for Longford, when Carlow quickly got on the front foot. They earned a penalty, kicked into the Longford 22 and then after mauling the ball from the lineout, spread the ball out wide, to cross for an unconverted try.

Longford came back into the game and earned a kickable penalty, which unfortunately did not go through the posts. Longford continued putting Carlow under pressure and earning a five metre scrum.

Longford unfortunately knocked on before crossing the line to relieve the pressure. Longford kept Carlow in their 22 but then got pinged for accidental offside while on the attack and then to add insult to injury, after working a good move at the front of the lineout, knocked the ball on, with the line at their mercy.

You have to take your opportunities against a good team like Carlow, who then worked their way back up the pitch, scoring another unconverted try before half time to leave Longford starting the second half with a ten point deficit.

The half time talk from Glenn Baskett was surely to cut out the mistakes and up the aggression in defence but unfortunately try as Longford might, it was not enough to turn the tide. Longford did have their opportunities in the second half, especially with Carlow playing it for 20 minutes with only 14 men due to two yellow cards.

Carlow ran in three more tries to Longford’s one, which was scored by Simon Moorehead, to run out 29-05 winners. A day to forget. Longford’s focus now turns to an away game versus Tullow in two weeks times, which is a big one for two teams who were aiming towards the top at the start of the season but now find themselves at the lower end of it.

Senior Women: Longford Rugby Club had the privilege of hosting the Senior Women’s Midland League Finals in CPL Park on Sunday past. A big crowd attended. Mullingar took on Edenderry in the Plate Final with Edenderry emerging as the winners. Longford took on Division 1 Tullamore in the Cup final and although gave a good account of themselves, recorded a 34-0 loss. It was a great credit to Nuala McGoey and their squad that they reached the final for the first time. Next up is the visit of New Ross to CPL Park on Sunday week.

Round Up: The final weekend of the group stages of the Champions Cup took place over the weekend with all four Irish provinces qualifying for the knockout stages for the first time. Leinster hammered Bath and look in good shape to challenge for honours again. Connacht were again pipped at the post, this time away to Stade Francais. Ulster made it four from four with a good home win versus Clermont, while Munster put away Wasps well.

Overall, the last 16 draw pits Leinster v Connacht, Ulster v Toulouse with Munster taking on Exeter. Next weekend sees a round of the United Rugby Championship before attention turns to Ireland v Wales on the opening weekend of the Six Nations.

Fantastic Underage Section: Well done to Chair Gerry Carthy and all involved in Longford RFCs Mini/Youths Section over the weekend past. Not only did they run a highly successful Blitz for our U11/U12 players with many visiting clubs they also hosted a plethora of other Youths Matches. All being told there was over 350 Underage players playing in Longford on Saturday and that is not even including some teams on the road. Well done. We are still accepting new players at all age levels both Male/Female. It is never too late to give it a go. For more information, please email lrfconnects@ gmail.com and we will put you in touch with the right coach.

Thank You: As Covid restrictions finally relax, everyone would like to say a big thank you to Gerry Larkin who was our Covid officer during the period. We had no outbreaks at the club and that was undoubtedly down to Gerry and his team of volunteers. Gerry serves on the board as Head of Administration and is responsible for the smooth running for the excellent facilities we have. Please thank him the next time you see him!

Fantasy Six Nations: Longford Senior Men will be running a fund raising Six Nations Fantasy League. Entry will be only €10 with a cash prize of €200 to be won by the overall winner, a €100 voucher for the Club great Sin Bin restaurant for second place and a €50 prize for third place. Online entry will be available soon. Stay tuned to our social media for updates. We ask all members and friends of the club to support the competition, which should be great fun.