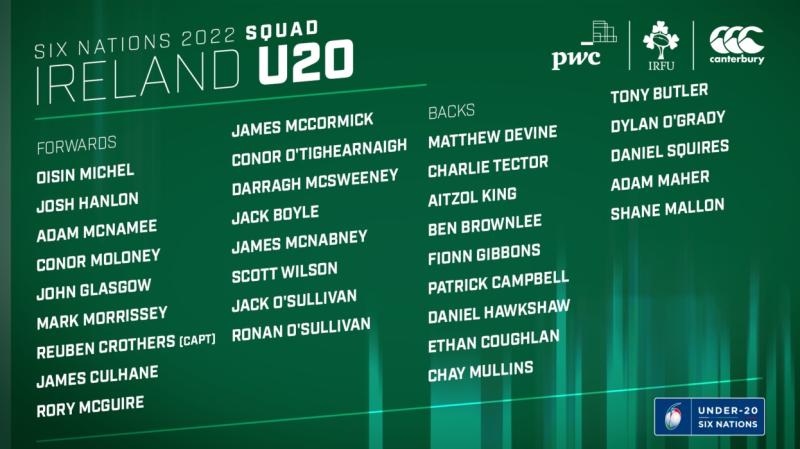 Bornacoola’s Shane Mallon has been named in the Ireland squad for the upcoming Six Nations U20 Championship.

The former Longford RFC and current UCD player has been named in the 31-strong Ireland squad, sponsored by PwC, for the campaign that gets underway on Friday week, February 4, in Musgrave Park against Wales.

The son of Peter and Mary in Bornacoola, Shane featured for both the Leitrim Minor footballers and hurlers before concentrating on rugby while his brother Cian currently lines out with Bornacoola footballers, Carrick and Leitrim hurlers. His uncle Kevin Mallon is also a well known referee in the county.

Ulster back row Reuben Crothers has been appointed captain ahead of Ireland’s opening fixture against Wales at Musgrave Park on Friday, 4 February (Kick-off 8pm, live on RTÉ).

Speaking to IRFU.cm, Head Coach Richie Murphy said “We have been working hard for a number of weeks and it’s an exciting time for these young players, who have the honour of representing the wider group in the Six Nations.

“It has been a challenging year but the players have come in, worked hard and bonded well, and I have been impressed by their work-rate, commitment and application. Now our focus turns to performance and next Friday’s opening game against Wales, which we know will be a big challenge first up.”

Ireland kick off the Six Nations against Wales on Friday week, before travelling to France in Round 2 on Friday, 11 February.

Murphy’s side will then go head-to-head with Italy on Friday, 25 February at Musgrave Park, before concluding the Championship away in England on Saturday, 12 March and at home to Scotland in Cork on Sunday, 2o March.

The Ireland Squad For 2022 U20 Six Nations is as follows: 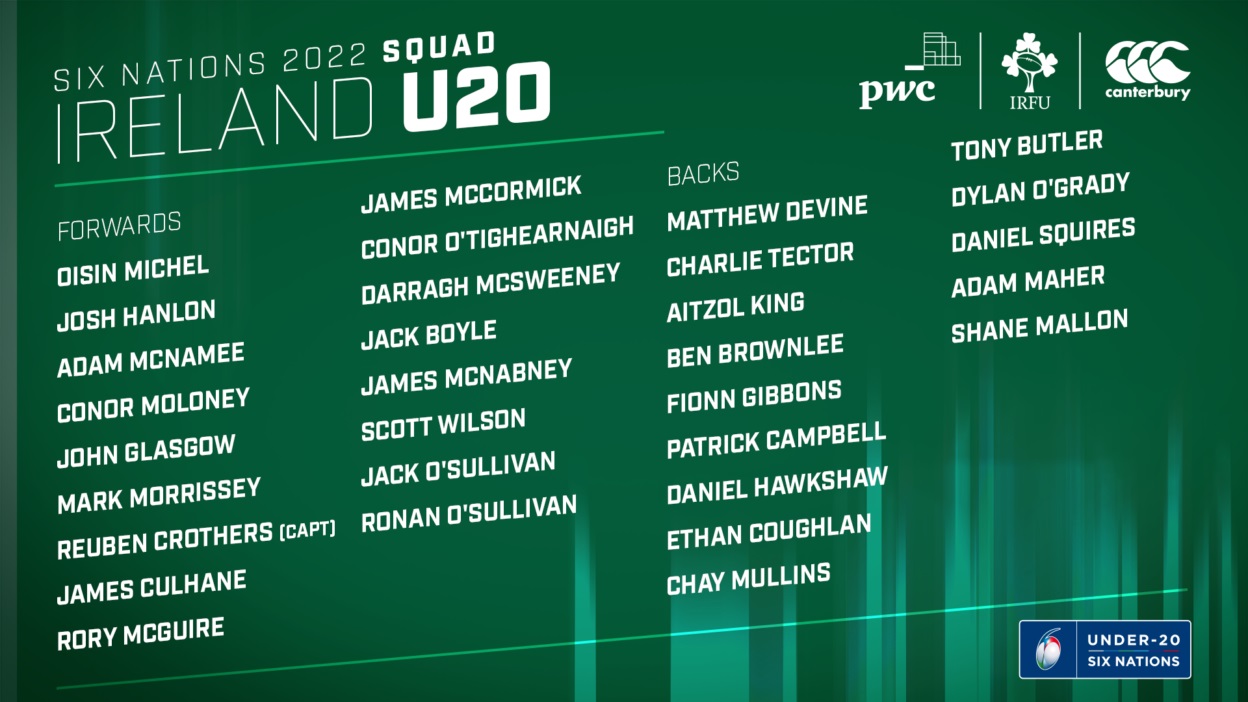