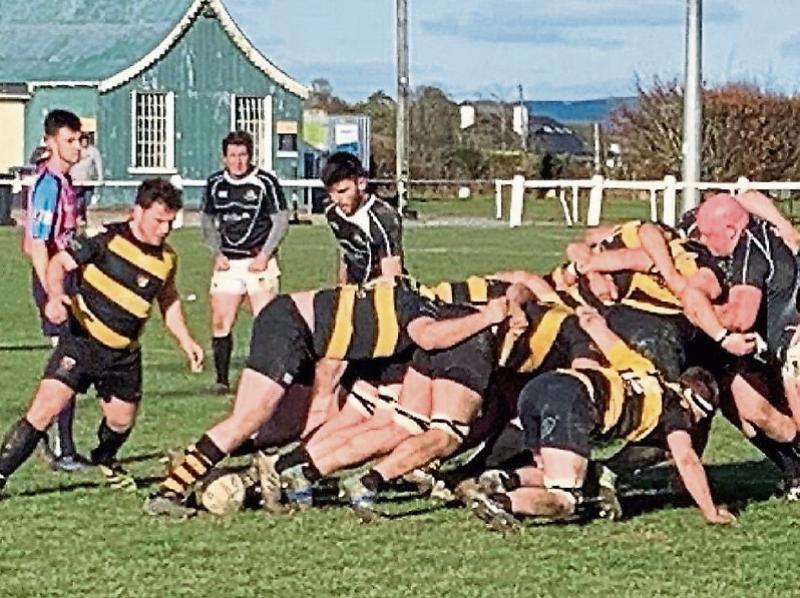 Longford exited the Provincial Towns Cup in the cruellest fashion possible when, after leading for most of the game, Carlow snatched victory with a late try to deny the visitors.

Longford’s last trip to Carlow was not one to remember and this first round clash was one where they could make recompense. However, it looked like another possible long day for Longford, as Carlow put them under early pressure resulting in a relatively easy try and conversion to give the home side a seven point start.

Longford, however, started to take the match to Carlow as enterprising play earned them a converted try courtesy of Aaron Beirne in the 12th minute after great build up play from the home team.

Longford nearly undid the good work when they conceded a kickable penalty from a messy kick off receipt. However, Carlow did not convert it and Longford then came right back at Carlow, going the length of the pitch to see George McDermott score in the corner, the move initiated by Cormac Hughes’ mazy run.

Longford continued piling on the pressure and were really on top at this stage and looked good for another try or two. But just as it looked like another score was inevitable, Longford knocked the ball in the process of touching down. The frustration grew further when Longford were held up on the Carlow line.

Ultimately these two wasted chances cost Longford at the end of the match, with Longford only holding a five point lead for all the pressure and territory they had exerted.

The second half was a much more even affair with Carlow gradually getting the upper hand. However, Longford registered the first score of the second half courtesy of a Joe McGowan long range penalty, 15 minutes in.

Disaster struck from Longford when a kick over the top was cleanly caught but a poor pass back resulted in Longford conceding a turnover, resulting in a Carlow scrum 10 minutes out from the line. Carlow worked the ball right and then left and eventually just squeezed over in the corner for a converted try, to narrow Longford’s lead to only one point.

After surviving Longford’s first half onslaught, Carlow caught their second wind and went at Longford with gusto. However, one last big effort by the home side looked to have booked a ticket into the second round when they worked their way up the pitch where Joe McGowan kicked a penalty to give Longford a four-point lead, 14-18 at the end of normal time.

Longford gathered the kickoff and looked to wind down the clock with some pick and goes and close in carries. Hindsight is 20 20 vision but the better option was probably to have put boot to ball and force Carlow to play from deep, as eventually a Longford player got isolated giving Carlow a penalty 25 metres out.

Carlow kicked for the corner but a herculean effort stopped their driving maul. The ball went right but Longford held firm only for the referee to award Carlow another penalty they again put in the corner.

Again, Longford held out their maul but Carlow worked the ball left eventually going over for the match winning try in the left hand corner with the last play of the game to break Longford hearts.

This was a pulsating cup match between two good sides but one Longford should have definitely won. The away side left everything out there but will rue not converting two further try chances in the first half and now will have to console themselves with a place in the Provincial Towns Cup Plate which will take place on Sunday March 27.

2nd XV: Longford 2nd XV’s Provincial Towns Cup First Round match was conceded by Boyne so they went into the 2nd Round draw and were drawn to play Division 1B rivals Cill Dara away on March 26.

Senior Women: Longford Senior Women travelled to Greystones securing a superb 28-29 win in a pulsating match. They now face CYM/Garda home on Sunday in their last league match of the season.