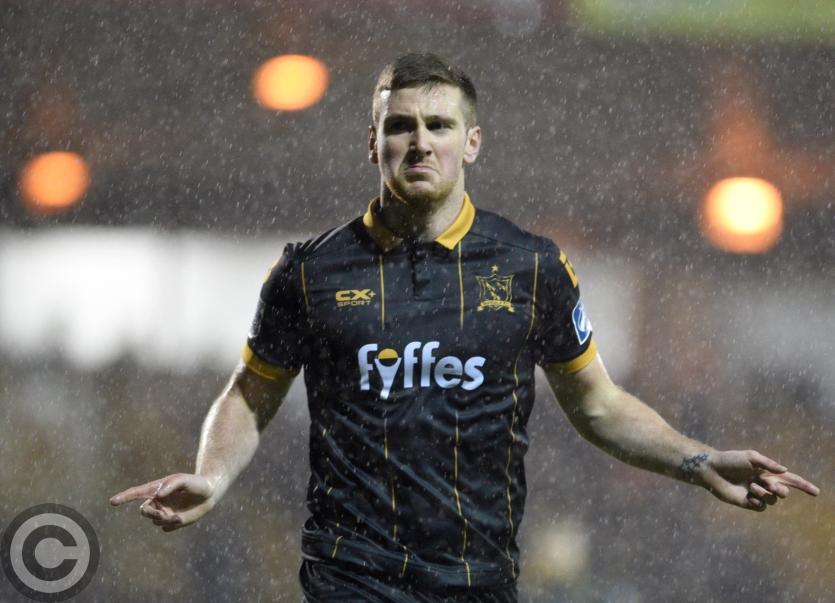 Sligo Rovers' poor start to their 2017  League campaign continued on Saturday evening last in The Showgrounds when they slumped to a heavy defeat at the hands of defending champions Dundalk in The Showgrounds.

After suffering a humiliating 5-1 opening day defeat at the hands of newly promoted Limerick FC a week earlier Rovers manager Dave Robertson made a number of changes to his starting team as he looked to take advantage of the fact that Dundalk were without a number of the players that were so impressive last year.

Shaun Patton was handed a debut in goals in place of the injured Micheal Schlingermann, Kyle Callan-McFadden started for the first time in place of Gary Boylan, Liam Martin returned from suspension in place of Kieran Sadlier while up front Jonah Ayunga was given the nod with another new signing Chris Kenny having to contend with a place on the bench.

For the first five minutes the changes seemed to have the desired effect as Rovers played with an intensity that was noticeably absent in Limerick a week earlier. Ayunga's physical presence and the movement of Raffaele Cretaro asked questions of the Dundalk defence but those questions were relatively easily answered by the experienced Dundalk centre-back partnership of Paddy Barrett and Brian Gartland.

The bright start from the home side was brought to an abrupt end in the 10th minute when Dundalk were awarded a free kick outside the Rovers box when Bit O'Red captain Craig Roddan fouled Robbie Benson and Patrick McEleney ruthlessly punished the home side with a well struck free that flew past Shaun Patton.

From that moment on Dundalk dominated matters and looked as though they could increase the tempo at will while Rovers seemed to be content with attempting to contain the three-time champions who were without the likes of Gary Rogers, Dane Massey, David McMillan, Chris Shields, Stephen O'Donnell and the departed Daryl Horgan and Andy Boyle.

The visitors doubled their advantage 10 minutes before the interval when Michael Duffy got the better of the Rovers offside trap before applying a confident finish.

The second half was even worse from a Rovers perspective. Jonah  Ayunga was issued with a second yellow card midway through the second half and Dundalk capitalised fully on their numerical advantage.

Late goals from Ciaran Kilduff and Thomas Stewart put a more accurate look on the scoreline and Rovers will now be hoping to bounce back on Friday evening when they host St Patrick's Athletic in what is already shaping up to be a game of critical importance for both clubs.