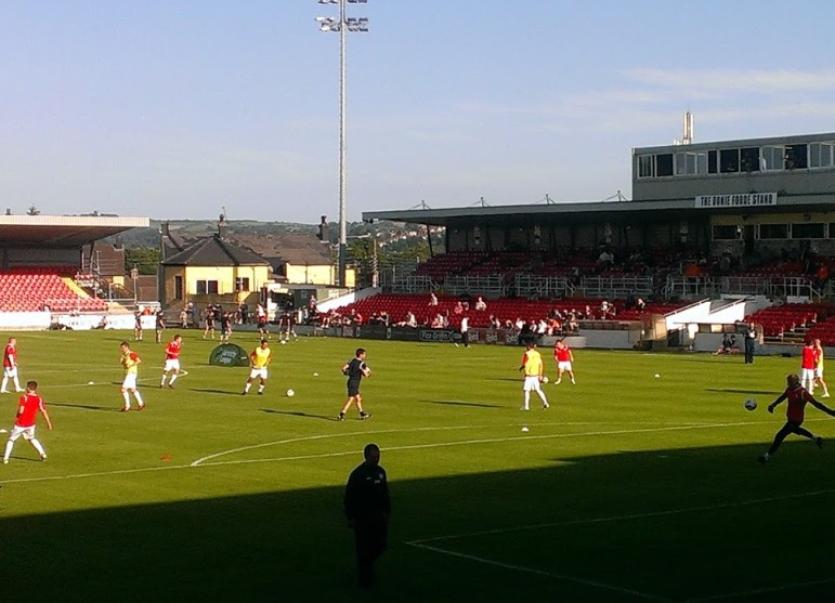 Sligo Rovers fell to a narrow defeat in Turner's Cross last night when former player, Jimmy Keohane, scored the only goal of the game as defending champions Cork City recorded their second win of the season over the Bit O'Red.

After Saturday's win over Limerick, Sligo Rovers made the second trip to Munster in quick succession yesterday and had reason to be confident as they recorded a crucial 1-0 victory over the Rebels last August.

There were three changes to Gerard Lyttle's starting team with Calum Waters starting at right back, Caolan McAleer was handed a start on the left wing and Greg Moorhouse was chosen ahead of Adam Morgan up front.

After a scoreless first half Cork subsitute and former Rovers player Jimmy Keohane struck for what would prove to be the game's only goal in the 78th minute.

It proved to be a disappointing night for the Bit O'Red but there were positives Gerard Lyttle could take from the game, particularly from a defensive point of view.

@corkcityFC had the best of things against @sligorovers before Jimmy Keohane finally popped up with the winner 12 minutes from time #soccerrepublic #RTEsoccer pic.twitter.com/AxAlzxZ5W3

Next up for Sligo Rovers is Saturday's home league game against St Patrick's Athletic.