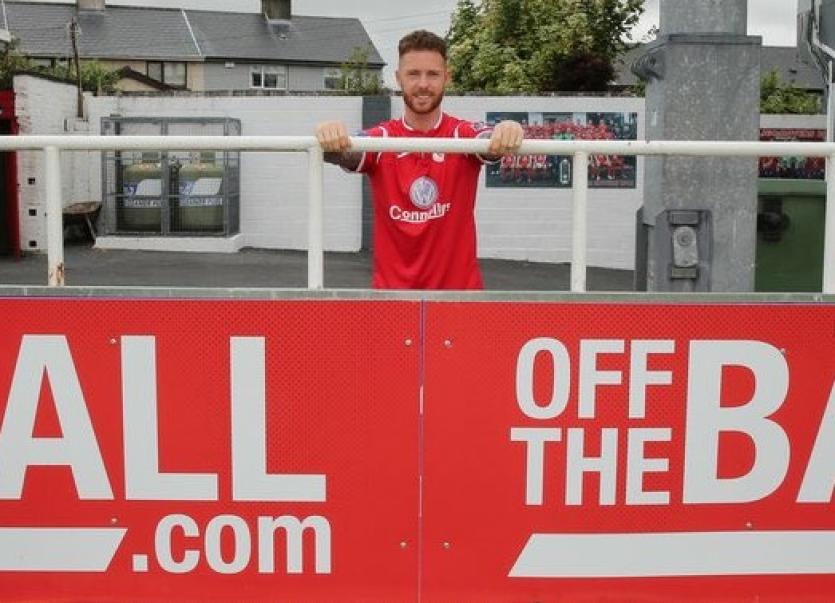 Lee Lynch has returned to The Showgrounds. He was a part of the league winning team in 2012.

Sligo Rovers have confirmed that new signing Lee Lynch will be eligible to play in Friday's game against Bohemian FC in Dalymount Park.

Limerick native, Lynch, returns to The Showgrounds having previously enjoyed two seasons with the Bit O'Red. He arrived in 2012 and played a key role as Rovers went on to end a 35 year wait to be crowned league champions and the following year helped Sligo Rovers claim the FAI Cup.

Now he's back again ready to start a second spell with the #bitored.

He joined St Patrick's Athletic ahead of the 2014 before joining his hometown club, Limerick FC that summer.

Lynch moved to Scotland in January 2015 to join Hamilton Academical but it proved to be a short lived move and he returned to Limerick a few months later.

The creative midfielder signed for FC Arizona in the National Premier Soccer League in America in March of this year and is looking forward to rediscovering his best form now that he has returned to The Showgrounds.

Still just 26 Lynch has expressed confidence that he can bounce back from a difficult stint in America.

"I was in America and the league had problems where this season wasn’t going to take place. My agent put me in touch with clubs and there was interest from League of Ireland and one from Europe.

"But I spoke with Gerard and he told me about his plans here. My family and I have always loved Sligo. I had two and a half years and knew it would be easy to settle here. I know some of the players here, the club’s huge fan base and the talent here.

"I have amazing memories. Obviously the great times aren’t here right now, but everyone in Ireland knows the size of Sligo Rovers and especially when you’ve been here. There are a lot of talented players here and I think the rub of the green hasn’t come the club’s way. I think over the next 12 league games and two cup competitions that we can make progress.

"I’m 26 now. When I signed here I was 19. I have a good bit more experience and come here as a different player in that sense. But my game is the same. I’ve stayed fit in America. I think I’ll be ready to be in a squad on Friday against Bohemians.

"Match fitness is an issue but that will come. I want to come in and help this team, Sligo Rovers and then we can see where it can take us in the future. I’d be happy to talk about a longer spell here if things work out for all of us."

Commenting on the new addition to his squad Sligo Rovers manager Gerard Lyttle said, "Lee has been on our radar for almost a year but it didn't suit all parties at the right time. We've now been able to get it done. Experience is a big part of it. He knows the club, the league and I think he'll compliment how we play.

"He can play in front of the two in midfield or inside right or left. He has the desire to do well and a lot of quality. It's great news for us today and we’ll try to get up him to speed as quickly as possible."

Sligo Rovers will be hoping to bounce back from the disappointment of last weekend's defeat at the hands of Bray Wanderers when they travel to Dalymount Park to face Bohs tomorrow.