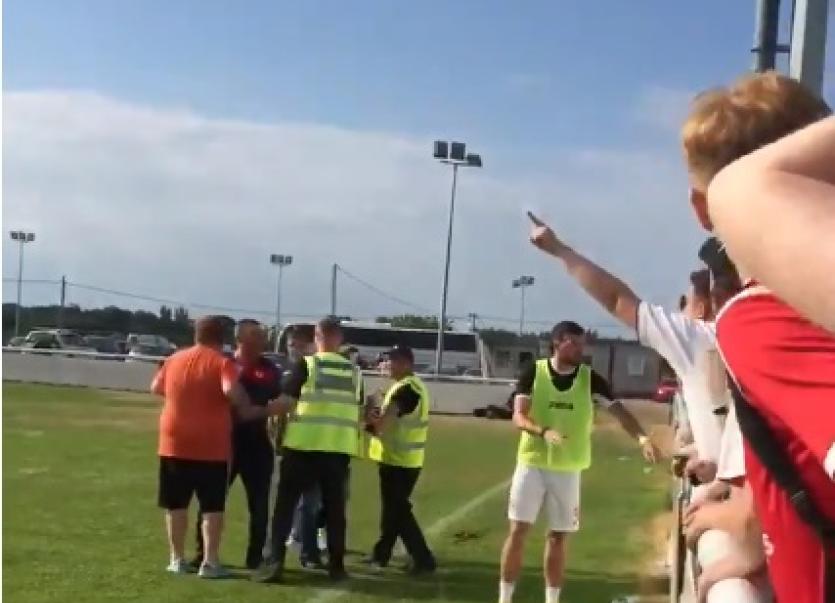 Sligo Rovers have this afternoon confirmed the departure of goalkeeping coach Rodney Dalzell in the wake of a heated argument with supporters following yesterday afternoon's 2-1 defeat at the hands of Bray Wanderers in The Showgrounds.

In a statement released this afternoon Sligo Rovers said Dalzell offered his resignation this morning in the wake of the incident at the Carlisle Grounds.

"Sligo Rovers regret yesterday's post-game exchange between a member of our backroom team and some supporters.

"The exchange occurred when passions ran high in the aftermath of the full-time whistle of a disappointing day. We believe our staff care deeply about the club but on this occasion it was not construed in a fitting manner.

"As a result, goalkeeping coach Rodney Dalzell offered his resignation this morning which the club accepted by mutual agreement. This is an admirable course of action taken by Rodney, and one we respect.

"The level of support we receive as a club is extraordinary and we place huge value on it.

"We are focused on improving results on the pitch and now continue preparations ahead of Friday's game in Dublin."

Doubts had been expressed about whether or not the clash with Bray would go ahead after the Wicklow club failed to pay their players, resulting in the departure of a number of players.

Bray reportedly had no organised training in the lead up to yesterday's match and it was expected The Bit O'Red would be able to get back to winning ways and ease their relegation problems.

However, when the game commenced it quickly became apparent that Bray would not lie down and simply accept defeat while Sligo Rovers looked bereft of ideas throughout.

Some comical defending led to Bray opening the scoring in the 15th minute when Ger Pender shot past Mitchell Beeney.

Rovers equalised nine minutes into the second half when Adam Wixted headed home after a fine cross from Raffaele Cretaro and it seemed as though the full-time players would be able to seize control of the game and find a winner.

However, it was to be Bray who finished the stronger and with 15 minutes remaining Sean Heaney rose unchallened to head home from a free kick to secure a vital three points for Bray who remain rooted to the foot of the table.