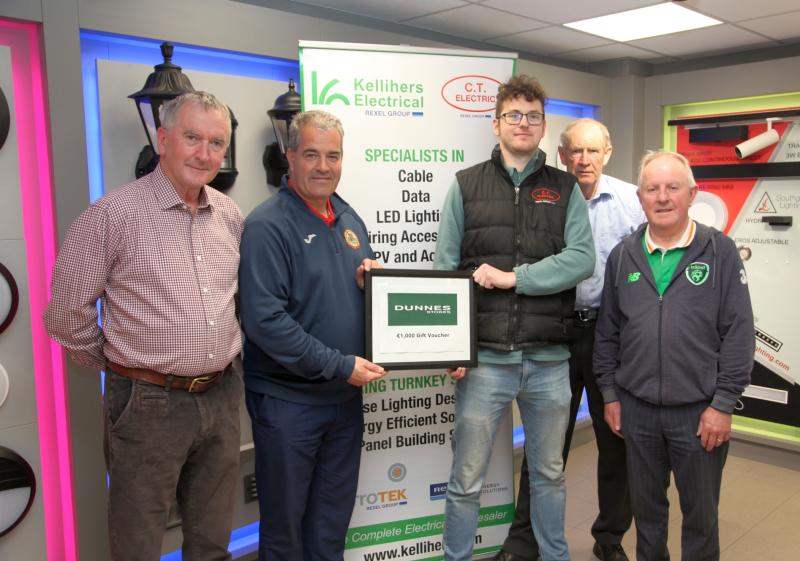 The Sligo Leitrim DSL are delighted to announce their Super Draw with a first prize of a €1,000 Dunnes Store Voucher sponsored by C T Electric Finisklin Sligo.

Tickets go on sale next week at €5 per line with lines per card. Clubs selling the tickets retain 50% so for every card filled the SLDSL receive €50 and the Club retains €50 the league will use all monies raised to assist with the development of Mac Sharry Park. Other prizes are as follows:

This is a great opportunity for all clubs to support the league and also raise much needed funds without any outlay for their clubs. Anyone / Group club are most welcome to sell cards while raising funds for their respective areas. Please contact Noel M Kennedy on 0872586003 to order.

The ground works at Mac Sharry Park are well on schedule and should be completed by the end of the month. However, the league due to Covid have no income for the next year and having applied to all the local bodies have not received a euro of support.

The League are using bookapitch.com for all bookings of the new facility which will be opened from August 1, any club/group wishing to book and do so on line. It is compulsory for all users to have Public Liability Insurance. The grounds are open to all for booking and a link will be sent to each club for ease of access as well as been available on our Facebook page.

Some clubs have been afforded priority booking including the Sligo Leitrim District Youth League as it is hoped this will become the mecca for coaching and development of our young players.

John Loftus and Robert Kennedy will select and manage their celebrity team and their opponents will be announced in the next week so watch this space.