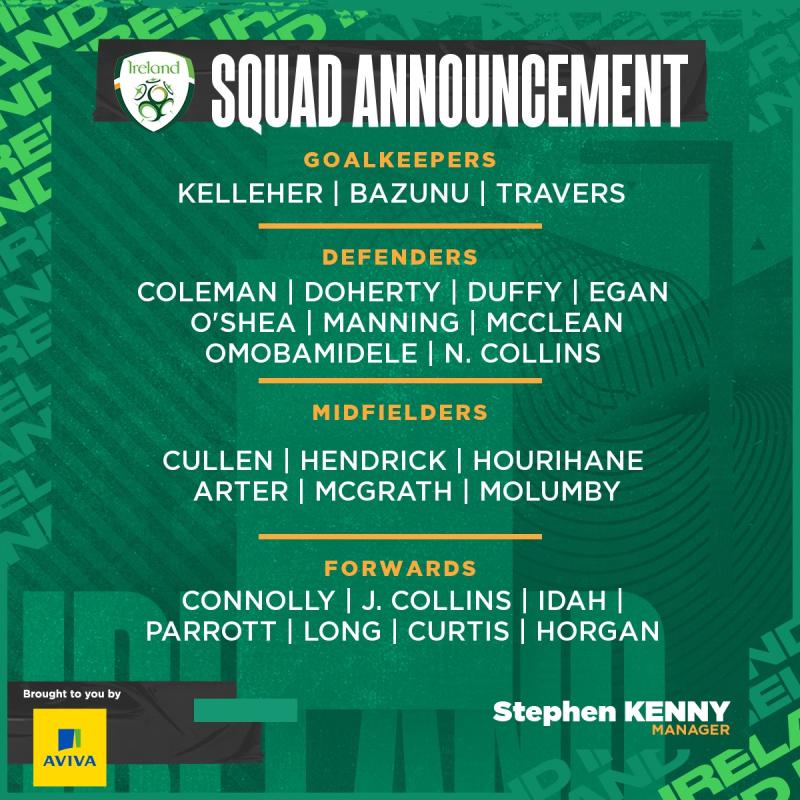 Republic of Ireland manager Stephen Kenny has named a 25-man squad for the upcoming FIFA 2022 World Cup qualifiers against Portugal, Azerbaijan and Serbia.

Enda Stevens, Callum O'Dowda, Jason Knight and Chiedozie Ogbene have all been ruled out through injury whilst West Bromwich Albion striker Callum Robinson tested positive for COVID-19 this week, and is currently in isolation.

Burnley defender Nathan Collins receives his first call-up to the senior squad whilst Jamie McGrath and Andrew Omobamidele keep their place in the squad after impressing in the summer camp in Andorra and Hungary.

Brighton and Hove Albion striker Aaron Connolly and Newcastle United midfielder Jeff Hendrick return to the squad having missed the summer international friendlies, with the squad set to fly out to Portugal on Sunday.