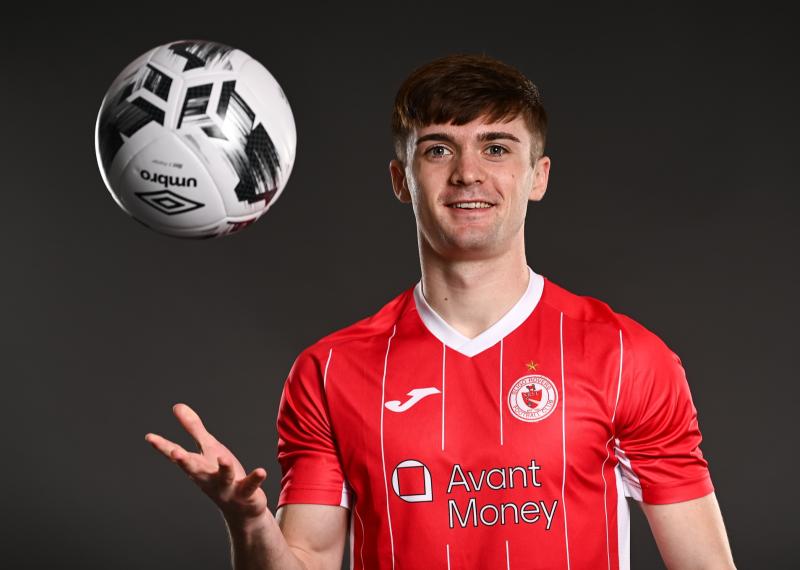 Sligo Rovers have announced that Leitrim Village's Niall Morahan has signed a new two year contract extension after a superb 2021 season that saw him register the second highest amount of appearances for the SSE Airtricity Premier Division outfit.

Announcing the news on Sligo Rovers website on Monday, Morahan was delighted to sign a new two-year deal with the Bit O’Red, saying ““I was very grateful to get the chance this season and to play as much as I did was brilliant. The gaffer has been preaching continuous improvement since he has been here and that is what we all want.”

Morahan, a new of former Leitrim great Padraig Kenny, has lined out in over 75 senior games for Sligo Rovers and with 31 appearances in all competitions over the season, the former Carrick Town FC player was a key player for Liam Buckley’s team as they sealed a third place finish in 2021.

Looking back, Niall termed it “a bittersweet season in a way”, explaining “We achieved our aim as was set out at the start of the season but at the same time I think we left some things behind. From where we were in the summer time and the European game, that was something we have to learn from.

“For a lot of us that was the first time to play in Europe. It was a great experience even though it was such a disappointment and it only makes us hungrier to learn from it and win games next season.”

✍️✍️Morahan signs for 2022 and 2023 ✍️✍️@MorahanNiall has signed a new two-year contract with the #bitored this afternoon.

With over 75 senior appearances, the 21-year-old has become a mainstay in the Rovers midfield as he pens a new deal.

Niall’s aims for the coming seasons is to continue his development and become an integral part of the Sligo Rovers setup: “I’ve been here for a good few years and my aim recently has been to step up and become of one of the experienced players and someone for the next crop of players coming through to look up to.

“Most importantly it’ll be to be in the team and keep improving. We all feel we can build on this position and get to the next level so it’s just about working hard to get there.”

Sligo Rovers manager Liam Buckley was delighted to see Morahan commit to the Bit O’Red for another two seasons: “Niall has done fantastically well for us. We’ve been delighted with the progress he has made. Over the last two years Niall has played more games than anyone which is a real credit to him.

“We put faith in the players here for a very good reason. We know how good they are and that they will continue to develop. Niall is one of the best examples of that because in these years he’s been part of two top four finishes with the club and that is not easy in this league. It takes a lot of hard work and he can take a lot of pride in that.

“It has been beneficial for Niall to be around the likes of Greg Bolger and David Cawley. They’ve been there and done it. We want competition within the group and we will have a bigger and a stronger squad next year. That’s going to be the challenge for every player as we go forward but it will make them all the better for it.”