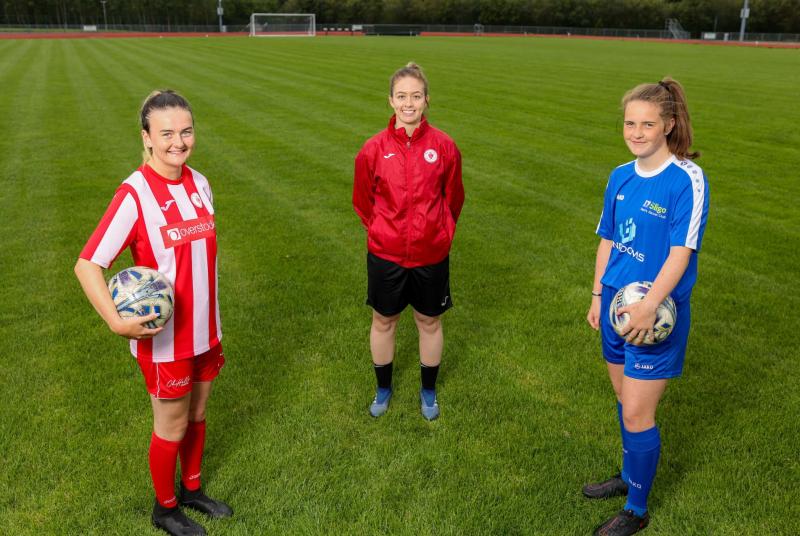 Sligo Rovers in partnership with IT Sligo have announced new plans to form a senior women’s team for the first time,  with a view to joining the SSE Airtricity Women’s National League from the 2022 season.

Announcing the new plans, Sligo Rovers Chairperson, Tommy Higgins said the partnership will allow elite women soccer players to participate at the highest level and gain an excellent academic qualification while playing: “We are delighted to enhance our partnership with IT Sligo which has seen us create scholarships for our players over the last two years.

“Women’s football is something we are passionate about and we want to add to our existing U17 and U19 teams and incorporate a Senior team to compete in the SSE Airtricity Women’s National League.

Vice President Academic Affairs and Registrar of IT Sligo, Dr Michele Glacken said it offers equal opportunities for female soccer players: “"IT Sligo is delighted to support the development of a Women’s National League team for the North West region. This partnership builds on our current successful Scholarship programme with Sligo Rovers, and offers equal opportunities for female soccer players to succeed in their sporting and academic pursuits.

“As an Institute, our aim is to help attract and retain talent in the region. By supporting this initiative, we are helping provide a level playing field for girls, ensuring they don’t have to compromise when it comes to furthering their education and pursuing their sporting careers”.

Sligo Rovers have an U17 and U19 team currently playing in the Women’s National Leagues in those age groups and are now planning on establishing the first national league senior women’s football team in the Northwest region.

Sligo Rovers U17 women’s coach and former Irish international, Emma Hansberry said the announcement will enhance women’s football in the Northwest: “’This is great news for all female footballers in this region. Coming from Sligo, there was always massive potential in the area and the North West region in general but there was no pathway or women’s senior team to look towards.

“This is something that has been missing and now with the partnership between Rovers and IT Sligo it will enhance the women’s game all over the North West. The current group of players within the club are very excited and I know all female footballers in the region will be too.”

From September 8, the institute is opening up additional places on a limited number of courses and encourages elite women’s soccer players, who are seeking an academic qualification to consider applying, with opportunities to avail of sports scholarships from IT Sligo.