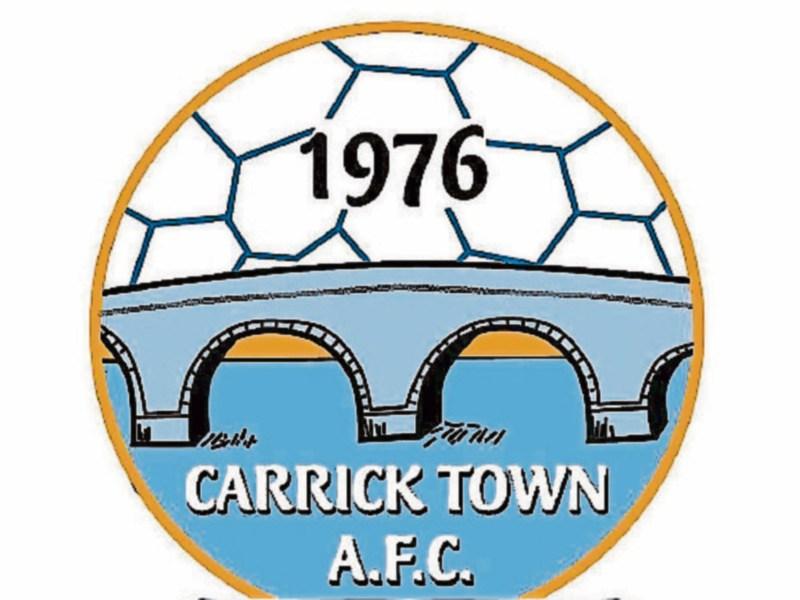 Carrick Town came on top of a 12 goal thriller at Carrick’s Showgrounds last Sunday as they saw off the challenge of Kilglass Enniscrone in an extremely high scoring Sligo Pallets Premier League encounter.

Carrick got the perfect start when Shane Beirne found Sean Flanagan on the edge of the box and he placed a low drive to the left of the keeper. Minutes later they were two up when David Regan’s pass found Ray Mulvey who shot home from a narrow angle.

The home team made it 3-0 when former Leitrim footballers Mulvey once again found the net with a fine shot from outside the penalty area.

Kilglass Enniscrone got one back on 35 minutes through Ronan Martin but the goals kept flowing with two more before the halftime interval - Regan scored Carrick’s fourth with a cheeky chip over the Kilglass keeper before Martin added his second to leave the half time score at 4-2.

Carrick scored their fifth from a Regan shot the west Sligo side hit back with a goal apiece from Martin and Casey. With the score at 5-4, momentum was with Kilglass but Carrick dug deep with Mulvey completing his hat-trick on 75 minutes thanks to a fine header from a Regan corner.

Kilglass again hit back to make it 6-5 but Carrick had the last say when they were awarded a penalty for a foul on Regan. Shane Beirne converted the spot kick to round off this high-scoring game which was highly entertaining for the spectators.

This was one of the best performances of the season for Carrick, particularly the players who were called in as late replacements. The chance of honours this season may have passed but with the same commitment in their final two games they can finish in a respectable position in the table.

Next up for Carrick is an away game versus third placed St John’s while fellow Leitrim side Dromahair take on Gurteen Celtic away from home next Sunday.

Carrick's Shane Beirne is in fourth place in the Ej’s top scorers table on 18 goals with Ray Mulvey joint sixth with 13 goals for the season.