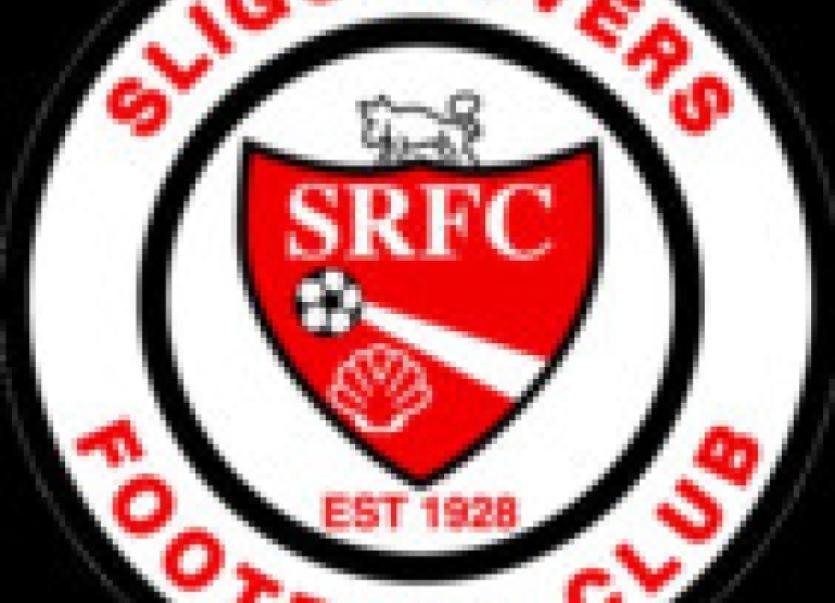 Sligo Rovers maintained their 100% start to the new Airtricity League season on Saturday night last in The Showgrounds when they comfortably brushed aside the challenge of Shelbourne.

Sligo Rovers maintained their 100% start to the new Airtricity League season on Saturday night last in The Showgrounds when they comfortably brushed aside the challenge of Shelbourne.

With Shelbourne only having one point to their name after six games a home victory was seen by many as a certainty but in recent weeks Sligo Rovers manager Ian Baraclough has stressed the importance of not taking any team for granted and straight from the kick-off it was evident the home side would doing everything in their power to guarantee three points.

At times some of the football they produced was sublime and where Baraclough and his assistant Gary Stevens will be looking for improvement will be to ensure they reach those standards for a more sustained period over the course of 90 minutes.

Once again it was Anthony Elding who stole the headlines as his two goals means he has now netted eight times in the first seven league games but there were other outstanding performances, none more so than Tubbercurry’s Rafaelle Cretaro who along with full-back Alan Keane terrorised the Shelbourne defence.

Lee Lynch and David Cawley were once again hugely influential in the centre of midfield while the centre-back partnership of Evan McMillan and Jeff Henderson was once again flawless meaning the ever reliable Gavin Peers will have a job on his hand getting back into the team now that he has recovered from injury.

Having dominated the opening exchanges the homes side deservedly opened the scoring after 15 minutes when a counter-attack resulted in Rafaelle Cretaro being found in acres of room on the right hand side of the pitch. Cretaro showed great composure to square the ball across the Shelbourne box to the waiting Anthony Elding who had the simple task of scoring past Niall Burdon from close range.

Rovers dominated the remainder of the half but were unable to find the second goal that would have settled the nerves of the home supporters but with their first real sight of goal of the half Shelbourne came close to equalising in injury time at the end of the half.

Dean Kelly’s well struck shot from near the edge of the box looked destined for the top corner but Gary Rogers was equal to the effort as he made a top class save to preserve Rovers’ lead.

With club captain Danny Ventre, who is making his way back to full fitness replacing the injured Lee Lynch at half time, Rovers continued to dominate matters when the game resumed and 14 minutes after the restart the second goal the home supporters were craving arrived.

Again Cretaro was hugely influential on the right wing and his low cross was met by Elding. Although his initial effort was cleared off the line the imposing striker bundled the ball over the line to all but ensure victory for the reigning league champions.

Rovers dominated the remainder of the game with Ross Gaynor and Ryan Connolly both having chances saved by Burdon.

With Shelbourne offering little as an attacking force much of the final 20 minutes was spent with the visitors chasing shadows while Rovers were content to maintain possession as they ran down the clock before the arrival of the full-time whistle which confirmed a seventh win in as many league games.

Next up for Sligo Rovers is another home game as they host Cork City on Saturday next, April 13. The game which will be broadcast live on RTE Two will kick-off at 3.55pm. Gavin Peers will come in to contention for selection on Saturday while after getting 45 minutes under his belt Danny Ventre is getting closer to a recall.