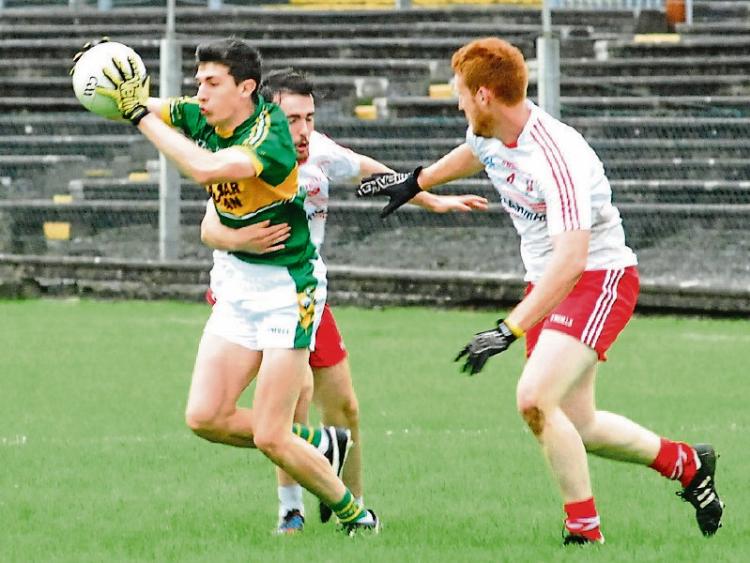 When teams are expected by one and all to easily roll their way to victory, the chances of a shock increase. Just ask Dublin how relieved they were to escape with a draw last Sunday.

But if you talk to any GAA fan in Leitrim, they can only see victories for Aughawillan and Glencar/Manorhamilton and for the footballers of Gortletteragh and St. Mary’s Kiltoghert, that is the perfect position to be in ahead of next weekend’s Connacht Gold Senior Championship Semi-Finals.

Semi-Finals can be rip-roaring affairs or tense, dull games where the only thing that matters is getting to the Final where the ultimate prize can be won. Below we take a look at both Senior Semi-Finals

Glencar/Manorhamilton are favourites after an impressive and efficient victory over Melvin Gaels and with good reason as they showed plenty of their old killer instinct and they have Adrian Croal back in action too.

Yet St. Mary’s Kiltoghert are probably happier facing the north Leitrim men than they would publicly admit as the Carrick men feel that they are approaching some form after a slow and unconvincing start to the championship.

St. Mary’s have mixed some wonderful football and some dire stuff and often in the same game, their victory over Drumreilly the perfect example. At halftime, Drumreilly felt they were in the perfect position but Mary’s emerged after the break and blitzed them with an unanswered 2-4.

Central to that win was the explosive Ray Mulvey who cut loose and much of their hopes lie with the former county man. If Mulvey cuts loose, Glencar/Manor are going to find it hard to cope with a St. Mary’s team who like to run with the ball and have the pace to punch holes in any defence.

St. Mary’s have a strong midfield presence but may be a bit more open than before in defence and they will need to be very careful against a Glencar/Manor attack who have lots of scoring options.

If Mary’s are relying on Ray Mulvey, Manor have Conor Dolan, James Glancy, Adrian Croal, Anthony & Brian McDonald, Evan Sweeney and Niall Brady to choose from so they are not short of scoring power.

What really stood out against Melvin Gaels was the team-work and the experience of the Manor men all around the field as they worked chances that left Conor Dolan unmarked for easy scores, switching between the long ball to James Glancy and more patient build-up play.

St. Mary’s have blown hot and cold but they have a lot of players with big time championship experience and they know how to play Glencar/ Manorhamilton, often producing their best displays against the four-in-a-row winners.

But without Micheal McWeeney, you’d feel that St. Mary’s don’t have the resources and Ray Mulvey will need serious scores from Alan Doherty and Daire Farrell to help their cause.

Manor seem to have found their mojo again and you feel that they have too much power around the field - Glencar/ Manor to advance.

2014 Champions Aughawillan immediately vaulted to the head of the queue after they dethroned Mohill in the semi-finals but if they know their history, and there is no better club than Aughawillan to pay heed to their past, then they will be very wary of Gortletteragh next Sunday.

Traditionally, Gortletteragh are a team who never feared Aughawillan and if there is another Leitrim club who emulate Aughawillan in their passion for their club, it is Gortletteragh who will go through brick walls in the championship for victory.

Aughawillan, on paper, are younger, more mobile and possess much greater scoring threat but so too were the fancied Allen Gaels and Gortletteragh ground them down, fought them to a standstill and despite an unbelievable succession of wides, eventually got the victory.

Gortletteragh have an incredibly powerful spine - Niall Woods and David Mulvey will face a tough afternoon wandering the field against either Gary Plunkett or Ciaran Gilheany, Ciaran Egan may find himself tracking Mark Plunkett or the unheralded Niall Beirne who has done so well this year but Egan can also be very effective in the middle of the park for Gortletteragh.

In the middle, Cathal McCrann remains the main man for Gortletteragh but in Sean Fox and Pearse Dolan, Aughawillan have an edge in speed.

In attack, there is a over-reliance on McCrann’s frees and the running and trickery of Jack Heslin but the youngster is still on the way back from a serious shoulder injury and should be a lot sharper. Indeed, with a bit of luck, Heslin could have had eight or nine points against Allen Gaels but finished with just one score on the night.

Defensively, Aughawillan are masters of closing down spaces and never giving anyone an easy chance but although the held Ronan Kennedy and Keith Beirne quite well in the quarter-final, the Mohill duo did create a lot of chances which may worry the Aughawillan brain trust.

But Aughawillan are masters at countering the opposition’s strengths and if there is a way of negating Heslin’s influence, they will find it.

Many of the match-up are nicely set-up but it is likely to be the unsung heroes who do the damage and Gortletteragh’s Kevin McGrath & Francie Flynn and Aughawillan’s Niall Beirne & Barry Prior have been the men who have really kept their teams ticking over, doing the unglamorous work that is so vital to victory.

A physical battle may suit Gortletteragh but Aughawillan will want to spread the ball around, make use of their pace and scoring options where Morgan Quinn is another dangerous player to watch.

Both teams will come into the game full of belief - Aughawillan ended Mohill’s reign while Gortletteragh have defied the odds all year. It will be much closer than a lot of people expect but when it comes down to it, expect Aughawillan to find a way to win as they usually do.