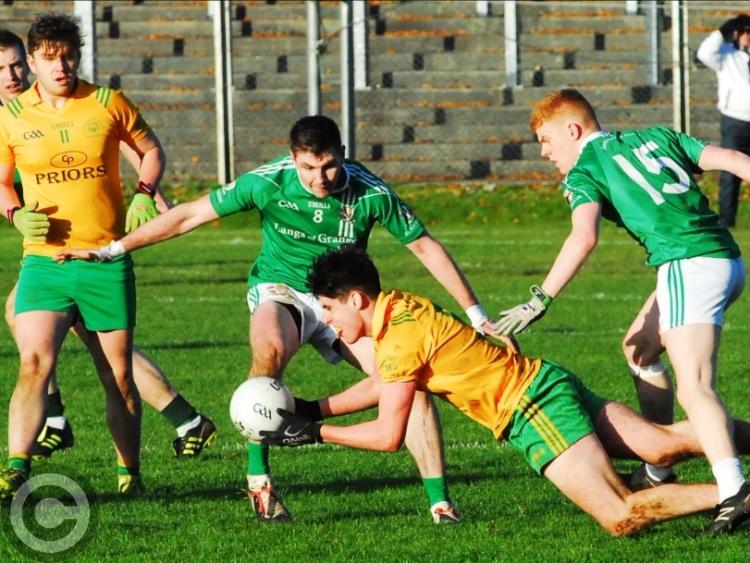 Donal Feely off-loads the ball under pressure with Peter Reynolds in support. Photo by Willie Donnellan

With Ballinamore down to 14 players in the last five minutes, both admitted that their team was under huge pressure as Paul said “Fierce pressure, we really dug in. I thought Anthony McTague was very unlucky to get the two yellows to get red carded there in the end.

“Even when he went off, Niall McGovern came out and caught two unbelieveable balls that took a huge amount of pressure off. I’m delighted for them, they really drove on.”

Wayne added “We proved we are fit after putting in such an effort in the first half and the second, especially after having a man sent off, I don’t know what it was for.

“We are in great shape, the ground is in great shape and the pitch suited us here today, we have nippy little forwards, they are all young lads and they did their jobs when they came in. The last score there, James McWeeney not two minutes on the field and that put the whole game out of sight.”