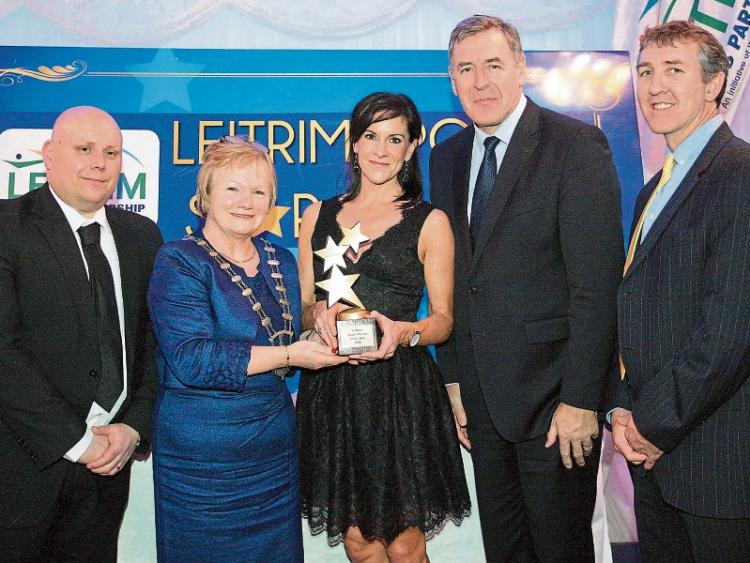 A dream year that saw her compete in the Olympics got even better last Saturday when Kinlough's Breege Connolly was crowned the Overall winner of the Leitrim Sport Star of the Year Awards.

The Rio de Janeiro Olympian received a standing ovation in The Landmark Hotel in Carrick-on-Shannon as she collected the award on a night that recognised Leitrim's sporting stars.

“I’m delighted, I really am delighted because there are so many achievements in different arenas. I know I got to the Olympics but I didn’t know if that would be enough so yeah, it really tops off the year, it tops off a wonderful year,” said Breege.

The winners came from sports as diverse as gaelic football, athletics, weight-lifting, showjumping as the night was a great celebration of all things Leitrim.

The Leitrim Observer also chatted with many of last Saturday's Award winners and will be carrying those interviews over the coming weeks, starting next week with an interview with Ireland's Italia 90 hero Packie Bonner.

l See pages 74 to 76 for more reaction and photographs from this year's Leitrim Sport Star Awards, organised by the Leitrim Sports Partnership.