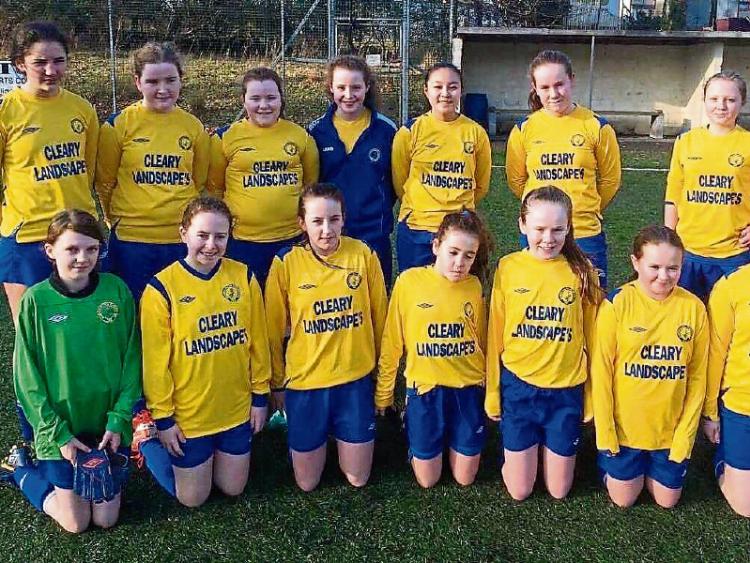 Manor Rangers hosted table toppers Carbury on Sunday morning last in the Bee Park hoping to continue their recent run of good form but after an absorbing contest it was the Sligo side who were smiling as they claimed all three points.

A win for Manor would have brought them to within 10 points of Carbury and for much of the game there was little to separate the sides.

Manor opened the within 15 minutes of the kick-off with Niall Walsh showing great composure and no little skill to take the ball around Carbury goalkeeper Glen Shannon before shooting to the net.

Carbury wasted little time in levelling matters with the prolific Dylan Edwards shooting past Paul Scanlon for his and Carbury's first of the day.

Two minutes after scoring an equaliser Carbury were in front and again it was Dylan Edwards who did the damage. A free kick from Lee Marshall wasn't dealt with by the Manor defence and Edwards was the quickest to react as he found the net for his and Carbury's second goal.

Manor responded very well to the setback of falling behind as within three minutes they were back on level terms. Niall Walsh was released by a powerful headed clearance from Alan Hickey and Walsh's emphatic first time finish left Shannon with no chance.

The end to end nature of the game showed no sign of easing up and Carbury struck quickly to regain the lead although manor were left frustrated that Carbury weren't penalised for offside before Dylan Edwards struck to complete his hat-trick.

Manor had a chance to equalise before the break but Seamus Ryder's powerful header came back off the crossbar before being cleared to safety.

Manor were dealt a blow in the early stages of the second half when Thomas McDonald was shown a red card after a foul on Ibrahim Savage and the resulting penalty was dispatched past Scanlon by Savage to leave two between the sides.

Carbury took full advantage of their numerical advantage as Dylan Edwards struck for his fourth and Carbury's fifth goal of the game.

The game may have appeared to have been getting away from Manor but they refused to throw in the towel and were rewarded for their perseverance with Niall Walsh completing his hat-trick after the ball fell to him from a Seamus Ryder header.

Ultimately that was as close as Manor would get to their opponents and they had Paul Scanlon to thank for a wonderful save.

However, Carbury were to have the final say when the scoring was completed by Andre Mills in the closings stages of the contest.