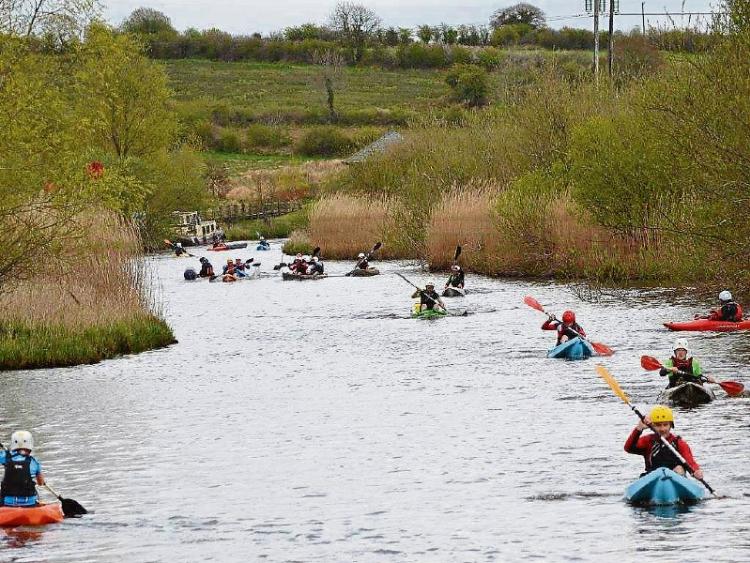 The Easter period, as ever, brings with it thoughts of rebirth, transmutation, and reimagining. Having spent the long weekend at home discussing every aspect of life around the northwest, I wondered what could the future Leitrim look like, reborn?

I like to imagine it known across Europe and even the world as a region identifiable and bound by a set of values that underpin a culture of practices, traditions, and a creativity that marks us out as a place and people worth experiencing.

A destination that offers an alternative outlook and way of life; one that honours, respects, and protects its people, animals, and the planet and demonstrates that such a perspective need not just exist in a utopic text, but has practical application through a shared vision and common purpose that benefits all who contribute to it.

A virtuously cyclical community that espouses the simple and sustainable living model presented by Henry David Thoreau in his book ‘Walden’ and draws from E.F. Schumacher’s 1973 treatise: ‘Small is Beautiful: A Study of Economics As if People Mattered’. It is also guided by a higher philosophy that values enlightenment and wellbeing above all else.

In practical terms, what does that mean? I see our farmers heralded for their ecological consideration of the land for which they act as guardians for future generations. Their humane and ethical treatment of the animals they raise draws recognition from across the globe but has also inspired the people around them to consider where they source the meat they consume.

The people of Leitrim buy Leitrim produce first and foremost because we respect our producers’ philosophies and practices and we live the benefits of their healthy food as we learn to cherish and respect what we put into our bodies. We eat seasonally and locally as much as we can, and we realise there is a great difference between what we want and what we need and this lesson is incorporated into all aspects of our lives.

Cottage food industries have peppered the landscape as every holding once more produces what it can ecologically, as we relearn lost arts of local artisan food production. ‘

Produced in the World’s Largest Organic Region’ adorns every morsel produced in the county – from jams and vegetables, to boxtie and beef – as the Organic Centre’s ethos has spread to every square inch of land and their quality mark has become the currency of our comestibles.

Every primary and secondary school pupil attends residential camps at the Organic Centre as part of the county’s new educational curriculum. Each school flies its Green Flag proudly alongside its Active School Flag, as Leitrim has become renowned as a place of active travel and outdoor living.

The Leitrim Way stretches unbroken from Bornacoola to Tullaghan, and is second only to the Camino as Europe’s favourite walking destination. Tributary Greenways and Blueways take you to from every bordering county, a testament to the work of the Leitrim Recreational Forum, whose community partnership model has become a template for sustainable community development nationally.

You can spend a week in Leitrim without ever having to use a car or set foot on tarmac. People transverse Carrick-on-Shannon to Acres Lakes, Leitrim Village to Kilclare, Dowra to Manorhamilton, Arroo Trail, Glenade, the Leitrim Glen’s Cycling Route, the Eagle’s Rock Experience, Cleighran More to Ballinaglera, the Shannon Erne Blueway, the SLNCR, the Cavan Leitrim Rail to Trail Greenway. Each are serviced by cafés and restaurants boasting both homemade produce and epicurean delights sourced from Leitrim’s chain of Food Hubs (having spread from their Drumshanbo origins).

Campsites and bike rental shops freckle the routes, while craft cottages and villages offer viable outlets for our burgeoning arts industry, necklacing the concept of the Leitrim Design House throughout the county.

Anglers flock to our shores be it for fly or course or even sea fishing. The Wild Atlantic Salmon Experience pulls in visitors from around the world, as Leitrim is no longer the county you pass through on your Wild Atlantic Experience, but the one that takes you in from the coast and keep you longer than you intended.

The John McGahern and Sean Mac Diarmada International Summer Schools are now on a par with their Yeats and Magill contemporaries attracting writers, poets, academics, and literati from across the island and the globe, indulging in the ways of life around Aughawillan and Kiltyclogher that inspired their writings and their deeds.

The Joe Mooney, John McKenna, and Carrick Water Music Festivals continue to grow and extend their influence, while the new Lennon Traditional Music Festival in Rossinver is second in renowned only to the Fleadh Cheoil itself.

Love Leitrim is now an international symbol for sustainable, enlightened living, and the movement regularly mentors other communities that have been inspired to replicate the ‘Leitrim Model’. Their annual ‘Leitrim Gathering’ has become a hotbed for new world thinking where we gather together the greatest minds and practitioners to share knowledge and learning.

And to party and celebrate and share all things Leitrim: music, dance, song, stories, architecture, philosophy, food, drink, an alternative way of life, an antidote to the rat race, to consumption. At each closing forum, our elected representatives are charged with delivering on the shared evolving vision of Leitrim’s collective future and tasked with identifying their contribution to the previous forum’s goals.

The word Leitrim has entered the international lexicon and is now found in the Oxford English Dictionary with the following attributed meanings: to take a health-enhancing break from your life or from traditional ways of looking at the world; a simple but sustainable way of living that puts people and communities ahead of political or commercial goals; an enlightened state-of-mind.

You might hear, for example, a couple of friends in Dublin discussing their holidays as such:

“Are you going for a Leitrim this year?”

“For sure. It’s been a hectic few months and I need to recharge the batteries, mentally and physically.”

“Where you thinking this year?”

“Oh, I’m heading for the source this year. I’ve booked a McGowan’s bus to take me to an undisclosed location on the Leitrim border. Upon arrival, they take your mobile phone and computer before you start your weekend Leitrim Ashram. Once they’re satisfied that you’re suitably decontaminated, they stamp your password, give you a bicycle and a map, and Leitrim is your oyster. I’ve signed up for the Full Leitrim. Four weeks. Can’t wait.”

“Jesus, you know Jarlaith and the family went up for the Full Leitrim last year and he’s never been seen again?”

“I know. That’s why I’ve booked it. I got a letter from him last week. He says it’s heaven. You might never see me again either.”