Emergence of “native” players a boost for London 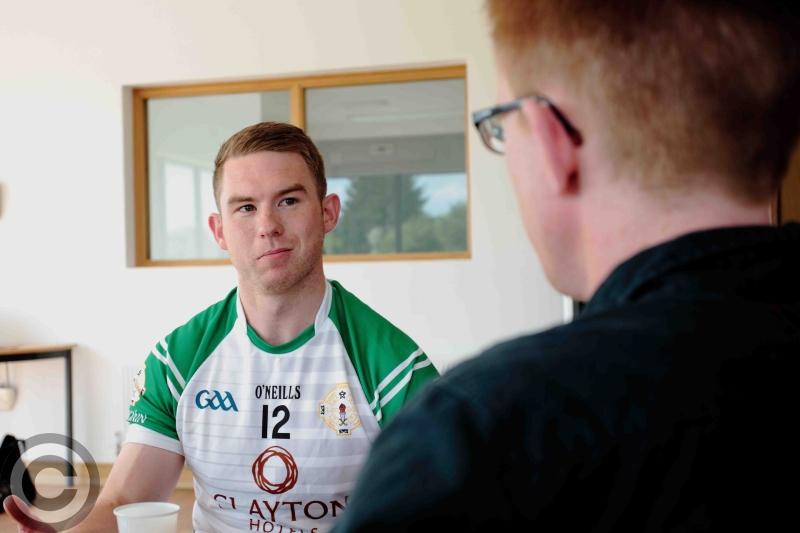 The emergence of London born players for the Exiles is a huge boost for the county’s profiles according to manager Ciaran Deely who highlighted the growing respect for his team.

“That is the one thing I’ve always said about Leitrim is that they won’t be in any way complacent,” said Ciaran at the Connacht GAA Championship launch, “I’d like to think that even the big teams like Mayo or Galway don’t come to London any more being complacent.

“Last year, I was talking to Tom Parsons and Cillian O’Connor after the game and they said they had done a lot of work on a lot of different aspects where they thought they could get at us.

“That’s a good sign for London, it shows that they are showing us a lot of respect but Leitrim will be absolutely fully aware of us, the challenge in Ruislip and because they play us a lot in the League, there will be no surprises on the day.”

London born Liam Gavaghan will lead the Exiles out on Sunday and Ciaran is delighted - “Liam, I am mad about Liam as a player. He is a fantastic character, a fantastic player and I was delighted when I could make him captain this year, especially as a London born player.

“I always believe that a London born player should be captain and leading that team. He has probably been, over the last two years, our best and most consistent performer and that is even aside from what he does away from the pitch.”

As regards how preparations are going, Ciaran isn’t reading too much into a good London build-up - “I remember down through the years playing with Wexford, everyone is buzzing, everybody is flying around the pitch, there are big hits going in and there is that extra level of intensity there/

“It doesn’t always transfer onto the pitch on the day and we’ll be working with chaps over the next two weeks about performing on the big day. I am enjoying management. I love my players, I’m mad about them, I’d do anything for them, I try to support them as best as possible in everything,.

“A lot of players, it is like a death when they retire and finish playing. I’m never felt that at all, I was happy to have finished and move on to a different aspect and for me personally, that involved moving to London.”