There is no life beyond Leitrim

“We’d be very conscious that this match against Leitrim, we live or die by it. We just have to win this game, there is no life beyond this” 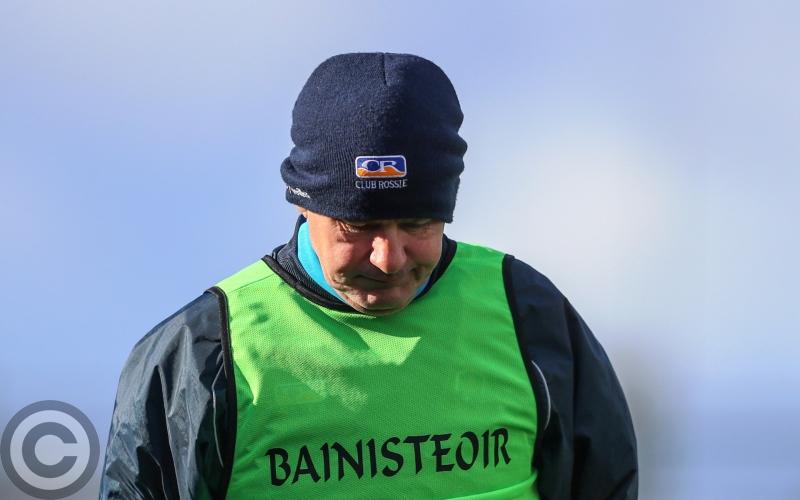 How seriously are Roscommon taking next Sunday’s Connacht Senior Semi-Final against Leitrim? Just consider the words of Kevin McStay when he contemplates the importance of the clash in Hyde Park.

“We’d be very conscious that this match against Leitrim, we live or die by it. We just have to win this game, there is no life beyond this.”

Strong words but they illustrate just how important this game is for Roscommon and how seriously Kevin McStay and his selectors Liam McHale and Ger Dowd at taking the threat of the Green & Gold next Sunday in the newly minted surface of Hyde Park.

“You can’t recover from a Connacht Semi-Final defeat when you are at home and you are the favourite to win it. We have to handle that expectation, I have no doubt we will handle it and I believe we will give a really good account of ourselves on the day.”

McStay’s words give proof to the notion that although Roscommon are confident, there is nothing being taken for granted - “How could we possibly, after the League we’ve had? We’re well up for it, we’ve targeted Leitrim from a good way out, we’ve no other sideshows, we hadn’t to go to London or New York like Leitrim had to.

“We’ve been very focussed on Leitrim, we’ve been able to get a handle on them from a good bit out in terms of what they were doing in the League and what they did in London so we’d be very comfortable with the challenge that we’re facing in that we know what we have to do.

Roscommon are the last team in the country to take to field for this year’s championship but McStay feels they have used the time wisely - “The pressure we were all feeling with two or three League games to go, I’d say we were all feeling it so it is nice to get a break from it.

“When the Allianz League shut down, and because we are the last team to enter the championship, there was a big block of time that we had control over. We used it very fairly and very wisely, we got a lot of club stuff done, we kept the clubs very happy in terms of two rounds of the championship.

“That is very healthy for the clubs. And the lads like going back to their clubs, I like them to go back and we encourage them to go back and be man of the match. Look up the reports, you can see in general that the county lads are driving it and we’d be insisting on that, not to be out and fluting around for 60 minutes.”

The aim is very firmly set on the championship, a different approach to last year where Roscommon qualified for the League semi-finals, but the championship is the be all and end all.

“We feel we have a lot of energy, a lot of capacity. We tried for the League, obviously, we gave every match a good shot but we just didn’t have the fitness levels to win them when they were tight.

“We’re the last team out in the championship in the country so we were always gearing up for this game. We have to establish Roscommon as a serious championship team, the League is lovely and we’d have loved to had stayed in Division One.

“We had great fun last year getting through Division One and the year previously when John qualified for it. That is great, that is fantastic but the championship is where it is at and we just didn’t have a sufficiently good championship last year.

“Everybody wants to be involved at the Bank Holiday weekend, that is where you want to be if you want to be taken seriously. Next year, if you’re not in the Super 8, you’re at nothing, you’re in another world.”

Roscommon have been quite active on the challenge game circuit, running up big scores in victories over Sligo and Wicklow, games that were open to the public and taken in by the Leitrim management.

But Kevin feels that there is nothing to hide when it comes to inter-county football - “You can go off somewhere in the middle of the country and hide, close the gates and all but everybody knows everything that is going on.

“Once you are beaten in the championship, it is very hard to pick it up. Sligo had 13 of the team that started in the championship against us so they had, on paper, a really strong team but they hadn’t, not really,  in terms of morale and esprit de corps - and that’s not a reflection on Sligo, because that is how you feel.

“The two first halves we had, we were really happy about but the second halves, we were annoyed about because we’re trying to build this 22 man team philosophy, that we will use six subs every day we go out, that lads will empty the tank for 45 minutes and then we bring on fresh lads.

“The guys we are bringing in these matches are every bit as good as the lads we were taking off and we thought they’d be flying but that hasn’t happened and that is an issue we are going to try and address.

“To me it has to be attitude because we have some cracking subs, lads who were on the team last year, lads who played national league so they should be coming in and making a good impression.

“That’s the only disappointment I have with challenge matches, that and they were over at halftime to some degree.”

And just to illustrate how seriously are taking the Leitrim threat, McStay states “I know you’ll say it is cliche, but it can’t be anything else but game by game. Of course, when you are dreaming of being there in August and beyond and you’d love to be there but there is nothing happening if you don’t beat Leitrim.”