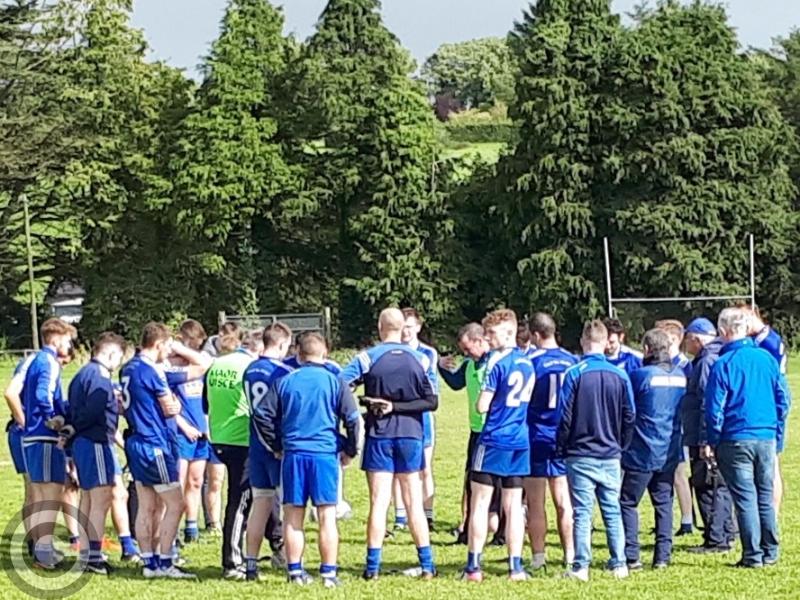 St. Mary's Kiltoghert are the third name in the Connacht Gold Senior Championship Semi-Finals but only after staging a smash and grab raid that left a dominant but wasteful Melvin Gaels stunned at the final whistle.

Alan Doherty forced home a third goal for the Carrick men over three minutes into added time to propel themselves into the lead after it seemed the Kinlough side had done enough to secure a famous victory.

Shorn of the talents of Darragh Rooney, Emlyn Mulligan, Conor Sheridan and Jessie McGuinness, the Gaels dominated long spells but had seven wides over the course of a match that descended into an arm wrestle, neither side able to pull away or strike a decisive blow.

With St. Mary's keeper Conor Glancy denying Michael Ferguson a certain goal with a brilliant save ten minutes from time after the Kinlough men had missed another great chance just after halftime, it was St. Mary's ability to strike for goals that saw them prevail.

Gary O'Daly goaled with St. Mary's first attack while Jack De Lacy's strike in the second half may have been a shot for a point as it dipped into the far corner.

The winning goal was their clearest cut as James McGrail saw a close range shot blocked but he kept the ball alive and Alan Doherty forced the ball home from close range to steal the result from Kinlough's grasp.

It was rough justice on the Kinlough men who, as many St. Mary's officials and supporters readily admitted after, were the better team and deserved the win. But it is St. Mary's Kiltoghert who are through to the semi-finals.