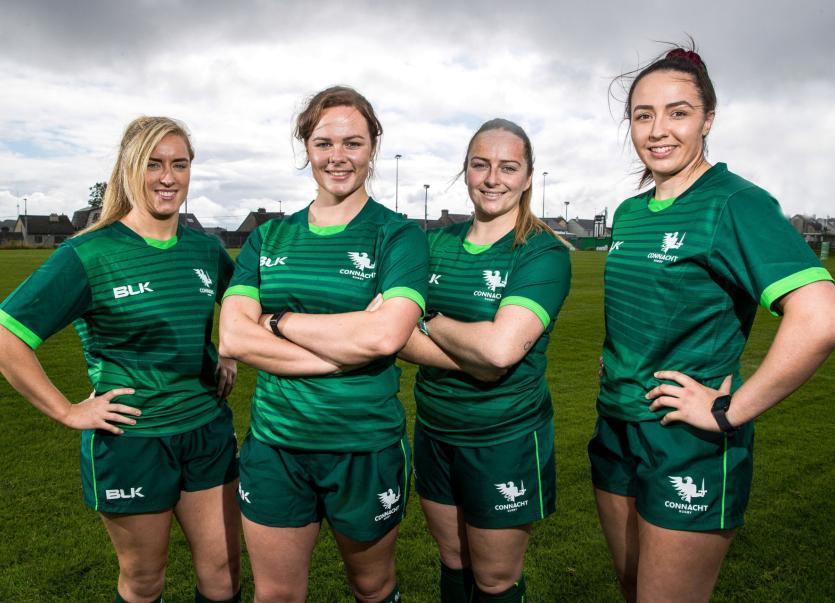 Connacht Rugby have launched their strategy for the development of the women’s game in the province.

“Women of the West” sets out ambitious targets to increase participation rates right throughout the province and develop the pathway for players to transfer from underage grades to senior adult rugby.

The strategy is fully aligned with the IRFU Women in Rugby Action Plan and is based on the core principle of integration with all departments of Connacht Rugby.

Women’s rugby in the province has seen some significant developments over the past twelve months both on and off the field. The emergence of Beibhinn Parsons to become the youngest ever player capped for Ireland at the age of 16 has demonstrated the good work being invested in the women’s game by clubs like Ballinasloe RFC.

Off the field there has been another first as Anne Heneghan now holds the position of Senior Vice President of the Connacht Branch of the IRFU. In the 2020/21 season Ms Heneghan will be the first woman in any province to be elected President of their home Branch. Furthermore, she has recently been accepted as a Judicial Officer with World Rugby.

Connacht Rugby also recently announced the appointment of a second Women’s Development Officer, with Emer O’Dowd taking up the role to work in conjunction with current WDO Wendy Hickey. O’Dowd will oversee the development of woman’s rugby in North Connacht with Hickey working with clubs and schools in the south of the province.

Commenting on the launch of the strategy, Head of Club and Community at Connacht Rugby, Joe Gorham said: “We are delighted to be publishing our four year strategy, Women of the West. We have engaged with our clubs and schools in the province, along with coaches and people working on the ground to develop the game. That has helped to develop a comprehensive and ambitious plan to grow the game in every area. Our strategy is based on the principle of integration not segregation. We want people from the women’s game to add value not just in the women’s game but in all areas of Connacht Rugby. We already have some incredible players and coaches involved in the game and this strategy is about developing a clear pathway for the young girls of tomorrow to get involved and more importantly to stay involved in playing, coaching or administration”.

The following are some of the key targets set out in the strategy:

• 23 Clubs with a Female Mini Rugby section by 2023
• 10 Clubs with a Full Female Rugby Pathway by 2023 (Mini, U14, U16, U18 & Adult)
• 114% overall increase on Player base by 2023 (Additional 735 Players)
• ‘Staying in the game’ programme – This is a fully developed strategic programme aimed at former players and players nearing the end of their playing careers, which allows them to pursue other aspects of the game such as coaching, refereeing and/or administration.
• Introduction of an emerging talent programme
• Designed specifically to address the talent fall off years after U18s
• Build on progress made in the first of this programme in 18/19 (Year-long sponsored programme)
• Aim for 25/30 participants per season with a Transition target of 30% to the Connacht Women Senior Squad.
• Have 2 competitive teams in the AIL by 2023
• Representatives from women’s rugby involved in all sub committees of the Connacht Branch.