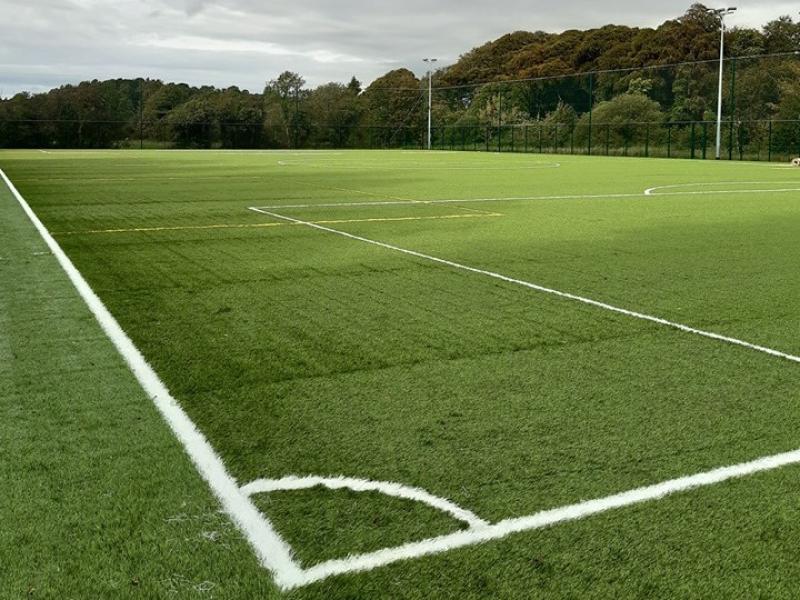 Monday next, October 28 promises to be a landmark day in Dromahair as the local community gather to mark the completion of three projects including the hugely impressive full size astro turf pitch located adjacent to the existing football pitch.

An invitation has been extended by the Dromahair Arts and Recreation Centre (DARC) committee to join them and various dignitaries in the park at 2pm on Bank Holiday Monday, October 28.

As well as the official opening of the park the day of celebration will also celebrate the completion of a footpath from the village to the park.

Poignantly, the day will also see the unveiling of a memorial seat which is a tribute to Jim Meehan in recognition of the work he undertook to help the project reach this stage. 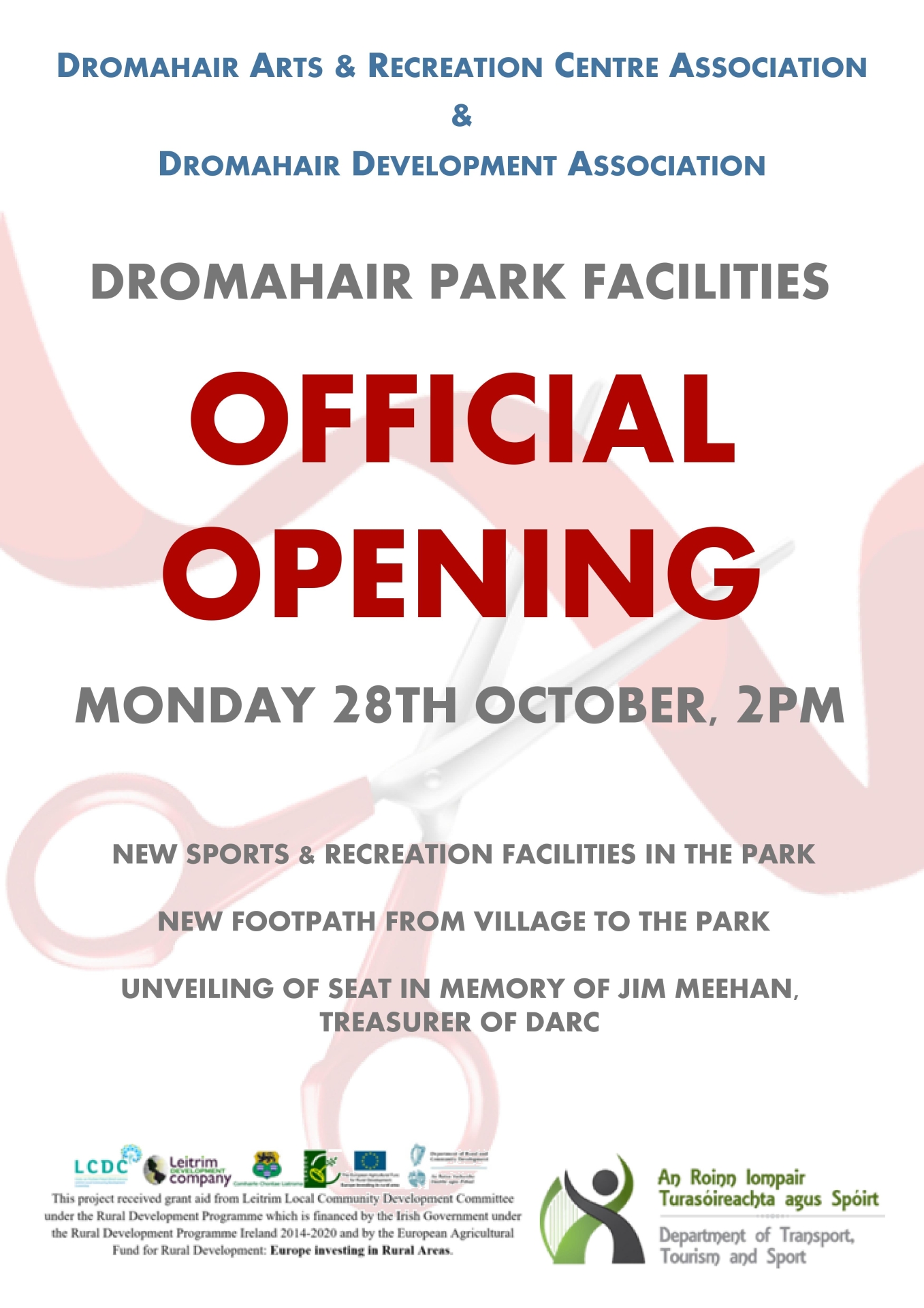 A combination of fundraising and support from various sources such as the Leitrim Development Fund; Sports Capital Funding and Windfarm funding has helped the project become a reality.

As well as the top class astro-turf pitch the development also includes a walkway, a playground and outdoor gym equipment while work has also been carried out to complete necessary improvements to the pavilion building.