John Connolly chats with JP Kane and finds that while the Ballinaglera manager is eager to embrace the underdogs tag, he is full of belief that his team can lift the title next Sunday! 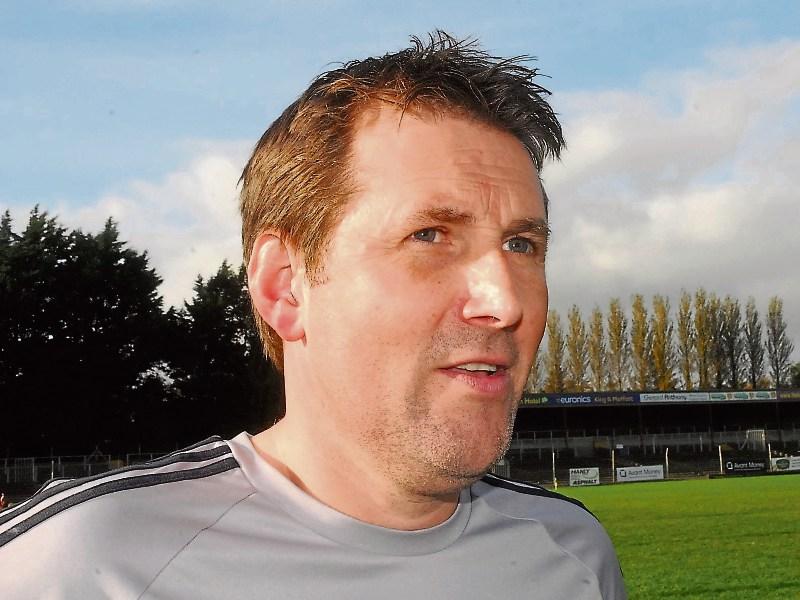 Ballinaglera may be embracing the idea of being underdogs but they’re all unashamedly setting their sights on winning next Sunday’s Smith Monumentals IFC Final if the words of their manager JP Kane is anything to go by!

Speaking after their semi-final victory over Kiltubrid, JP said “I watched an interview with Mickey Harte when he won two All-Irelands with Tyrone, they were doing 13 kilometres a night, we’re doing 12 and we’re a club team so that tells you the level that we’re at.

“These lads, I said it, what they lack in football, they have in heart - you can have all the football in the world but if you haven’t the heart and the passion, you’re going nowhere. These lads have it in abundance and hopefully that will get us over the line on Sunday.”

Not that JP is downplaying the threat posed by St Patrick’s Dromahair in the final: “It is going to be an awful battle and you know that they’ve been there or thereabouts the last three or four years. Last year, they were very unlucky against Gortletteragh, there is no doubt about it, we have an awful lot of work to do.

“They are strong in the middle of the field, they have Martin Feeney - as good a forward as there is in the county. They have James Clancy, a couple of the Fowleys, Conlon at centre-back - you could name a heap of players. We’ll set a game plan and hopefully we will get enough and get across the line and win a championship for Ballinaglera.”

You get the sense that Ballinaglera have embraced their tough path to the final after a campaign that saw them lose three games in group stages, the first team ever to overcome such a statistic - but JP revels in the defiance Ballinaglera have brought to the knockout stages.

“We knew that we had to play out of our skins,” said the Ballinaglera boss, “If you look at the group stages, we didn’t even turn up against Annaduff, they blew us apart. We played Dromahair, they beat us by three or four points but it was a game we should have won by five or six.

“Kiltubrid hammered us and we just did enough to get over Aughnasheelin but here we are now in the County Final and we’ve beaten Drumreilly, we’ve beaten Kiltubrid - two teams that were banked to beat us and now we are in a County Final.”

In fact, JP puts his team’s run to the final down to more time on the training field after a hectic schedule of games: “You look at the championship, it was week, week, week - you could never really do a hard session on a Tuesday or Thursday but when it came to the knockout stages, we’re after doing unbelievable training for the last five weeks. When you see lads training so hard they’re nearly not able to get into the dressing room but you could see that work in our players in the semi-final.”

Ballinaglera were full of respect for the challenge posed by Kiltubrid: “We knew at the start that Kiltubrid are a good young team, lots of talent all over the field and we knew that if we settled into the game, got a few scores and kept on the front foot, we wondered how would they respond?

“We wanted to keep them at arm's length and we did that and we probably deserved to win by even a bit more than the scoreline suggested. The first day, Kiltubrid had their homework done in the group stages, they stopped the threat of Wayne Reynolds and they stopped the threat of Enda. But we changed it up, we looked at where they were weak, we exploited it. We looked at where they were strong, we worked on it and it worked.”

Speaking of Enda Maguire, JP makes a big claim of the rampaging full-forward: “I’ve always said and I’ll say it now - if Enda Maguire got fit and injury free, he is as good a full-forward as there is in the county. He is a big frame of a man and he is a great footballer, there are always goals in Enda and maybe on Sunday they’ll go in instead of the semi-final.”

His final thoughts on the excitement enveloping Ballinaglera right now belie any notion that JP’s team’s are underdogs: “Let the people enjoy the build-up to the final, let them put up the flags and we’ll worry about the football! We’re delighted to be in a County Final and that is what we started out to do at the start of the year. Now we’re here and we can push on and win it now. We can improve again, we will improve.”